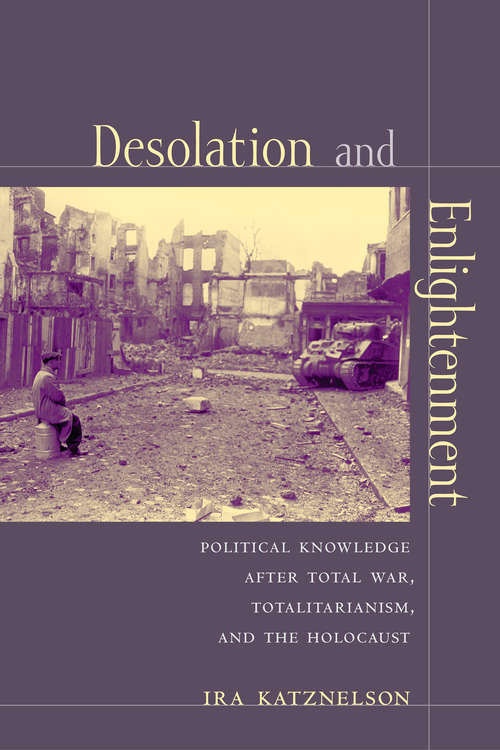 During and especially after the Second World War, a group of leading scholars who had been perilously close to the war's devastation joined others fortunate enough to have been protected by distance in an effort to redefine and reinvigorate Western liberal ideals for a radically new age. Treating evil as an analytical category, they sought to discover the sources of twentieth-century horror and the potentialities of the modern state in the wake of western desolation. In the process, they devised strikingly new ways to understand politics, sociology and history that reverberate still. In this major intellectual history, Ira Katznelson examines the works of Hannah Arendt, Robert Dahl, Richard Hofstadter, Harold Lasswell, Charles Lindblom, Karl Polanyi, and David Truman, detailing their engagement with the larger project of reclaiming the West's moral bearing. In light of their epoch's calamities these intellectuals insisted that the tradition of Enlightenment thought required a new realism, a good deal of renovation, and much recommitment. This array of historians, political philosophers, and social scientists understood that a simple reassertion of liberal modernism had been made radically insufficient by the enormities and moral catastrophes of war, totalitarianism, and holocaust. Confronting their period's dashed hopes for reason and knowledge, they asked not just whether the Enlightenment should define modernity, but which Enlightenment we should wish to have. Decades later, in the midst of a new type of war and reanimated discussions of the concept of evil, we share no small stake in assessing their successes and limitations.