The Man from Oakdale 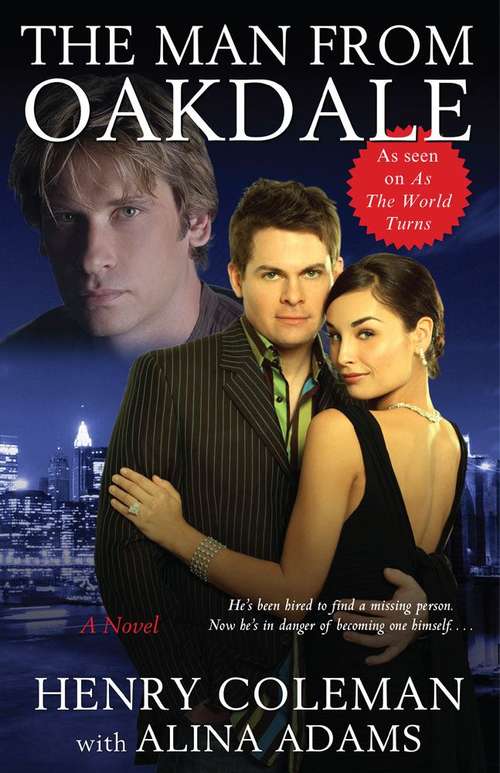 Henry Coleman is Oakdale's self-styled Cary Grant. Why shouldn't a man who's as smooth as a martini and blessed with a wit that's just as dry write a novel starring himself and his gorgeous girlfriend, Vienna Hyatt? In this sophisticated adventure, Coleman puts all his investigative skills to use as he searches for a missing young woman...and dares to reveal some of Oakdale's most closely-held secrets, including a few of his own.

Desperate to locate her missing granddaughter, high-powered businesswoman Lucinda Walsh hires Henry Coleman for the job. Two years ago, Lucy Montgomery kidnapped her infant half brother Johnny in order to protect him from their manipulative father, Craig Montgomery, and Johnny's equally ruthless uncle, Paul Ryan. Now, both Craig and Paul are hot on Lucy's trail and it's up to Henry and his socialite girlfriend, Vienna, to find the lovely fugitive first.

Sweeping from the sun-drenched South American Republic of Montega to a nobleman's dangerous lair in Sweden, and infiltrating the United Nations in Manhattan, Henry and Vienna discover that the tentacles of Lucy Montgomery's life on the run reach far and wide. With assistance from Margo and Tom Hughes, Sierra Esteban, and Gwen and Will Munson, and challenged by the escalating tensions in their own romantic relationship, they confront enemies both seen and unseen who are locked in a power struggle with Lucy and Johnny at its center.