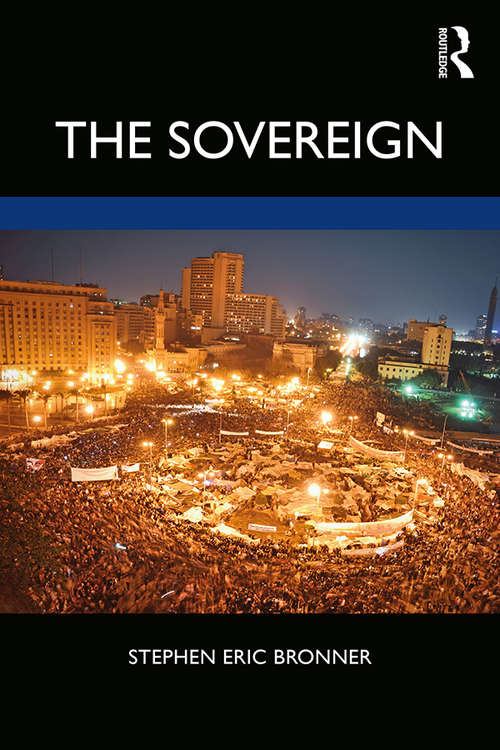 Sovereignty is among the most important phenomena for making sense of political life. But there are many mistaken assumptions associated with the concept. This book provides a new and somewhat unorthodox interpretation of it from the standpoint of a theory of practice.

The Sovereign responds to pressing political issues of our time, like immigration and refugees, transnationalism and populism, the prospects for democracy, and the relationship between civil society and the state. The chapters trace the concept of sovereignty from its origins in political theory, providing perspective and insights that leave the reader with a phenomenological sketch of the sovereign. Bronner transforms our ideas about political power, what it is, how it has been used, and how it can be used. His new theory of sovereignty concludes with twenty-five provocative theses on the sovereign’s role in modern capitalist society.

The Sovereign is a novel and unparalleled overview of a crucial concept by an influential thinker. It is especially and particularly recommended to scholars and student of comparative politics, international relations, contemporary political theory, and the wider general public.