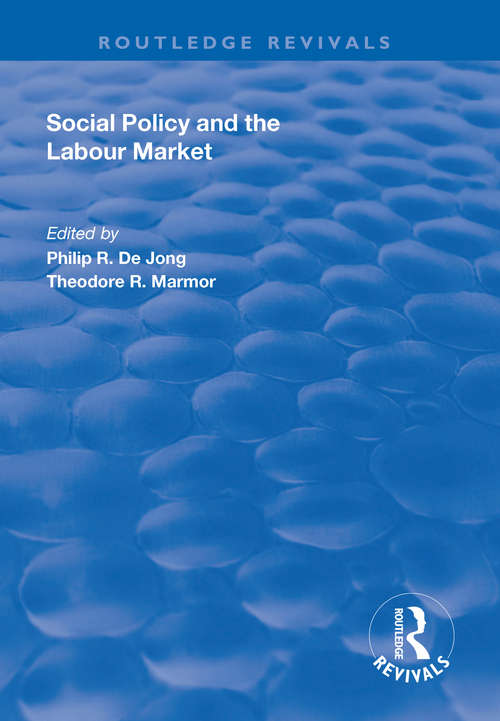 First published in 1997, this volume examines why, while mature welfare states are being trimmed and privatised, new social welfare arrangement are implemented in formerly communist and newly industrialised countries. The papers in this volume bring together these different worlds, but also different academic approaches.

Micro-economic analyses of social insurance and welfare systems are joined with broader political descriptions of social policy in such disparate regions as Scandinavia, China, Italy, Poland and South Africa. They give the reader a sense of the fundamental problem of finding a social welfare system that fits specific economic and cultural conditions.

This volume is the second in a series on international studies of issues in social security. The series is initiated by the Foundation for International Studies on Social Security (FISS). One of its aims is to confront different academic approaches with each other, and with public policy perspectives. Another is to give analytic reports of cross-nationally different approaches to the design and reform of welfare state programs. The present and next volume form a twin set in the sense that they both are based on selections from papers presented at seminars held by FISS in 1994-1996.