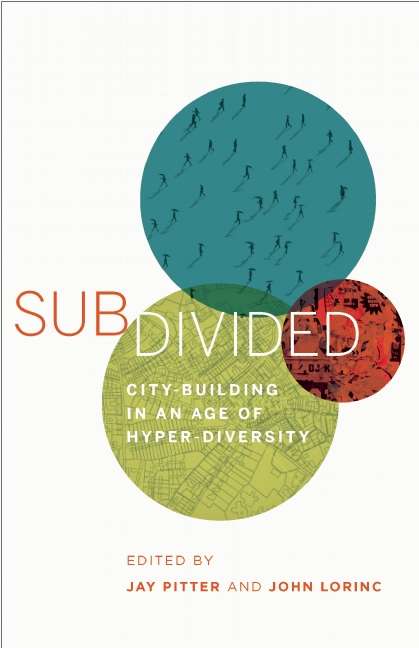 How do we build cities where we aren't just living within the same urban space, but living together?

Greater Toronto is now home to a larger proportion of foreign-born residents than any other major global metropolis. Not surprisingly, city officials rarely miss an opportunity to tout the region's ethno-cultural neighbourhoods. Yet there's strong evidence that the GTA is experiencing widening socio-economic disparities that have produced worrisome divisions. We say that 'diversity is our strength,' but has a feel-good catchphrase prevented us from confronting the forces that seem to be separating and isolating urban communities?

Through compelling storytelling and analysis, Subdivided's contributors - a wide range of place-makers, academics, activists and journalists - ask how we can expand city-building processes to tackle issues ranging from transit equity and trust-based policing to holistic mental health, dignified affordable housing and inclusive municipal governance. Ultimately, Subdivided aims to provoke the tough but pressing conversations required to build a truly connected and just city.

Identity and the City: Thinking Through Diversity - Beyhan Farhadi

Navigating the City with an Invisible Illness: The Story of Dorothy - Denise DaCosta

Policing and Trust in the Hyper-Diverse City - Nana Yanful

Walking Through Loss: A Critical Visit to an Old Neighbourhood - Photography by Taha Muharuma

A Tale of Two - or Three - Cities: Gentrification and Community Consultations - Mariana Valverde

Toward More Complete Communities: Business Out of the Box - Alina Chatterjee