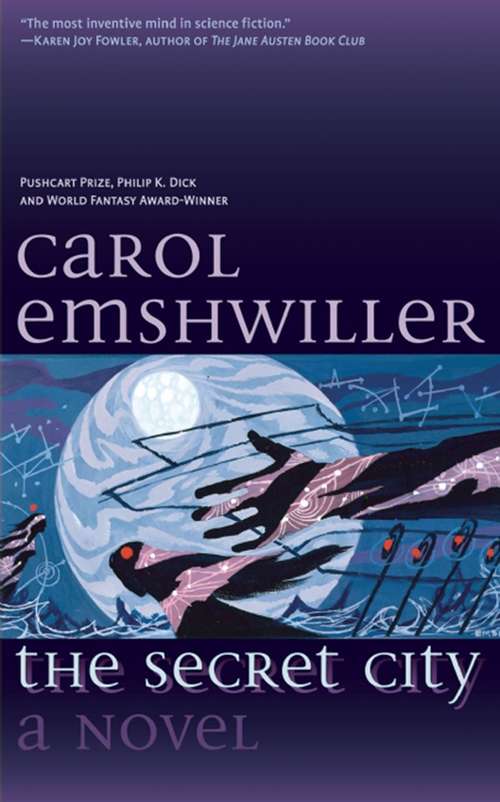 The Secret City is a 210 page science fiction novel first published in 2007 and written by Carol Emshwiller, a distinguished innovative author of science fiction's new wave and recipient of many awards. Tachyon Publications provides the following information on the novel and its author:

The Secret City is a proud enclave carved in stone. Hidden high in a mountain range, it is a worn citadel protecting a lost culture. The Secret City harbors a handful of aliens stranded on Earth, waiting for rescue and running out of time. Over years of increasing poverty, an exodus to the human world has become their only chance for survival. The aliens are gradually assimilating, not as a discrete culture, but rather as a source of cheap labor. But the sudden arrival of ill-prepared rescuers will touch off divided loyalties, violent displacement, and star-crossed love. As unlikely human allies are pitted against xenophobic aliens, the stage is set for a final standoff at the Secret City.

Carol Emshwiller is the recipient of an NEA grant and a Pushcart Prize, as well as the Philip K. Dick, Hugo, and Gallun Awards. In 2005 she received the World Fantasy Award for Lifetime Achievement, and the Nebula Award for "I Live with You," the title story of her short story collection (Tachyon, 2005). Emshwiller, a key figure in science fiction's New Wave movement, is a distinguished literary innovator who at eighty-five continues to produce mesmerizing fiction.