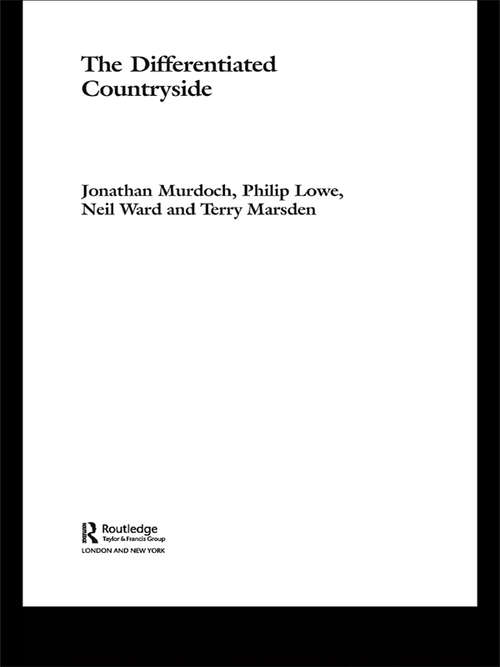 In the wake of BSE, the threat to ban fox hunting and Foot and Mouth disease, the English countryside appears to be in turmoil. Long-standing uses of rural space are in crisis and, unsurprisingly, political processes in rural areas are marked by conflicts between groups, such as farmers, environmentalists, developers and local residents. Using an innovative theoretical approach based on 'networks of conventions', this book investigates the 'regionalisation' of the English countryside through a series of case-studies. These studies are based on a set of 'ideal types': 'the preserved' countryside, where environmental pressures are strongly expressed; the 'contested' countryside, where development processes are shaped by disputes between agrarian and environmental interests; and the 'paternalistic' countryside, where large landowners continue to oversee patterns of land development. It looks in detail at landowners, residents, politicians, planners, farmers, and environmentalists and shows how these groups compete.The Differentiated Countryside argues that the countryside is increasingly governed by regional policies. It becomes hard to discern a single English countryside; we see the emergence of multiple countrysides, places where diverse modes of identity are expressed and differing forms of development take place. Such diversity, it is argued, now lies at the heart of rural England.