The Encyclopedia of Civil Liberties in America 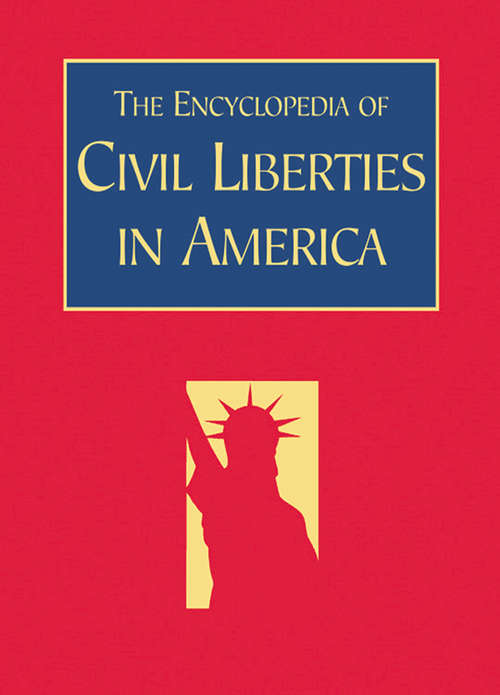 Driven by the growing reality of international terrorism, the threats to civil liberties and individual rights in America are greater today than at any time since the McCarthy era in the 1950s. At this critical time when individual freedoms are being weighed against the need for increased security, this exhaustive three-volume set provides the most detailed coverage of contemporary and historical issues relating to basic rights covered in the United States Constitution. The Encyclopedia of Civil Liberties in America examines the history and hotly contested debates surrounding the concept and practice of civil liberties. It provides detailed history of court cases, events, Constitutional amendments and rights, personalities, and themes that have had an impact on our freedoms in America. The Encyclopedia appraises the state of civil liberties in America today, and examines growing concerns over the limiting of personal freedoms for the common good. Complete with selected relevant documents and a chronology of civil liberties developments, and arranged in A-Z format with multiple indexes for quick reference, The Encyclopedia of Civil Liberties in America includes in-depth coverage of: freedom of speech, religion, press, and assembly, as outlined in the first amendment; protection against unreasonable search and seizure, as outlined in the fourth amendment; criminal due process rights, as outlined in the fifth, sixth, seventh, and eighth amendments; property rights, economic liberties, and other rights found within the text of the United States Constitution; Supreme Court justices, presidents, and other personalities, focusing specifically on their contributions to or effect on civil liberties; concepts, themes, and events related to civil liberties, both practical and theoretical; court cases and their impact on civil liberties.