Barry Trotter and the Unauthorized Parody 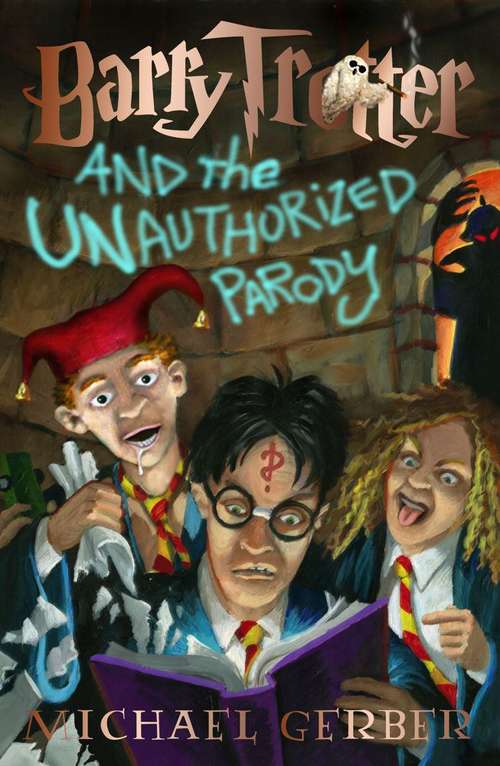 Barry Trotter is 22 and the only student in Hogwash history ever to be held back 5 times. From a Quiddit accident, pleasant, playful, loyal, Lon has a hole through his head, an IQ of 62 and exhibits many doggie behaviors.

Ermine teaches at St. Hilary's Academy for the Marginally-Magical and is more than a flirt. Together they go on a quest to New York and Hollywood to stop the filming of the first Barry Trotter blockbuster film the very

publicity for which has caused Hogwash School to be overrun buy rude,

There are new magic potions, Boarsbollocks' Brew, and abilities, pretzeltongues who can lick their own eyeballs. The friends must make their way through putrid smells, foul fluids, and bathroom humor. Nothing is safe

from Star Wars to Buddhism. And of course, Lord Valumart lurks where he is least suspected to corrupt Harry who is wrestling with the new information that he is to be killed off in the next novel because who wants to read, Barry Trotter and the Difficult Tax Return? Readers who enjoy humor that ranges from clever to crude and aren't Harry Potter purists, will find this parody to be packed with laughs. Don't miss the humor from the copyright page at the beginning of the book, to the I Hate You letter at the end where readers are given a series of check lists to register their objections.