Life and Letters in the Ancient Greek World 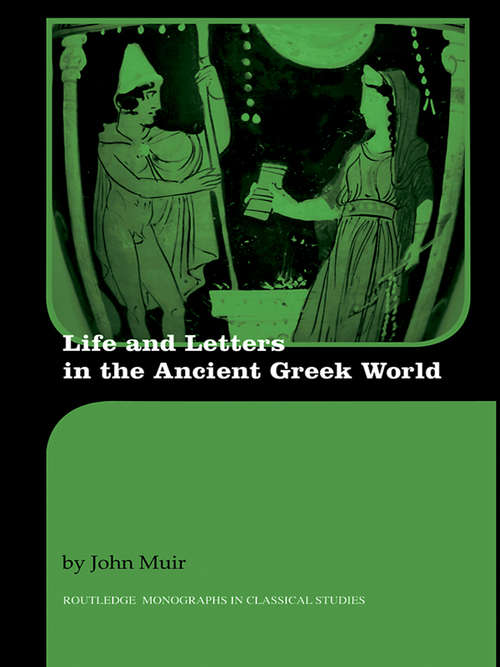 From the first ‘deadly signs’ scratched on a wooden tablet instructing the recipient to kill the one who delivered it, to the letters of St Paul to the early Church, this book examines the range of letter writing in the Ancient Greek world. Containing extensive translated examples from both life and fiction, it provides a glimpse into the lives of both ordinary people and political life.

This comprehensive study looks at personal and private letters, letters used in administration and government, letters used as vehicles for the dissemination of philosophy and religion, and letters which played a part in the development of several literary genres. The way in which letters were written and with what materials, how they were delivered, and how it is that, for certain limited periods and locations, so many of them have survived and how they were re-discovered.

By placing these letters in their social, political and intellectual contexts, Life and Letters in the Ancient Greek World draws attention to both familiar topics, such as young soldiers writing home from basic training and the choice of flowers for a wedding, and more alien events, such as getting rid of baby girls and offhand attitudes to bereavement.

This first guide in English to provide commentary on such a broad range of letters, will be essential reading for anyone interested in the Ancient Greek World.