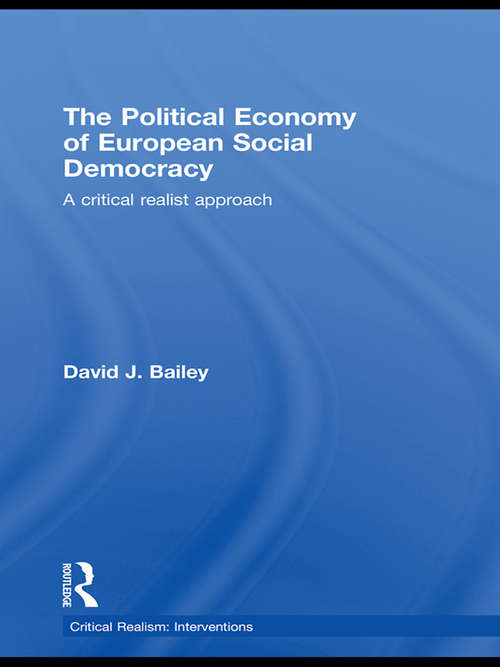 This book takes an in-depth look into recent developments in European social democracy. It begins by highlighting the somewhat paradoxical turn by a number of social democratic parties towards enhanced support for European integration, a move that has occurred despite the apparently ‘neoliberal’ direction of much of EU policy-output.

David Bailey completed his PhD at the London School of Economics, and currently teaches at the University of Birmingham. His research focuses on social democratic parties and European integration. He has published articles in the Journal of Common Market Studies, and Comparative European Politics.