Narratives of the Religious Self in Early-Modern Scotland 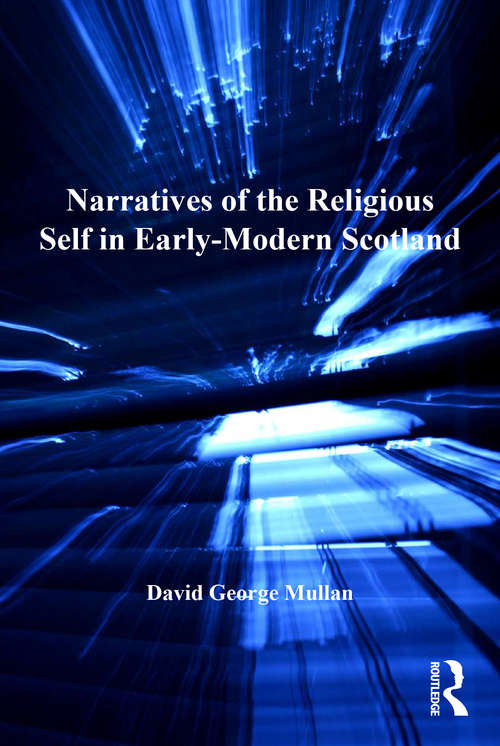 Drawing on a rich, yet untapped, source of Scottish autobiographical writing, this book provides a fascinating insight into the nature and extent of early-modern religious narratives. Over 80 such personal documents, including diaries and autobiographies, manuscript and published, clerical and lay, feminine and masculine, are examined and placed both within the context of seventeenth-century Scotland, and also early-modern narratives produced elsewhere. In addition to the focus on narrative, the study also revolves around the notion of conversion, which, while a concept known in many times and places, is not universal in its meaning, but must be understood within the peculiarities of a specific context and the needs of writers located in a specific tradition, here, Puritanism and evangelical Presbyterianism. These conversions and the narratives which provide a means of articulation draw deeply from the Bible, including the Psalms and the Song of Solomon. The context must also include an appreciation of the political history, especially during the religious persecutions under Charles II and James VII, and later the changing and unstable conditions experienced after the arrival of William and Mary on her father's throne. Another crucial context in shaping these narratives was the form of religious discourse manifested in sermons and other works of divinity and the work seeks to investigate relations between ministers and their listeners. Through careful analysis of these narratives, viewing them both as individual documents and as part of a wider genre, a fuller picture of seventeenth-century life can be drawn, especially in the context of the family and personal development. Thus the book may be of interest to students in a variety of areas of study, including literary, historical, and theological contexts. It provides for a greater understanding of the motivations behind such personal expressions of early-modern religious faith, whose echoes can still be heard today.