Ireland and Medicine in the Seventeenth and Eighteenth Centuries 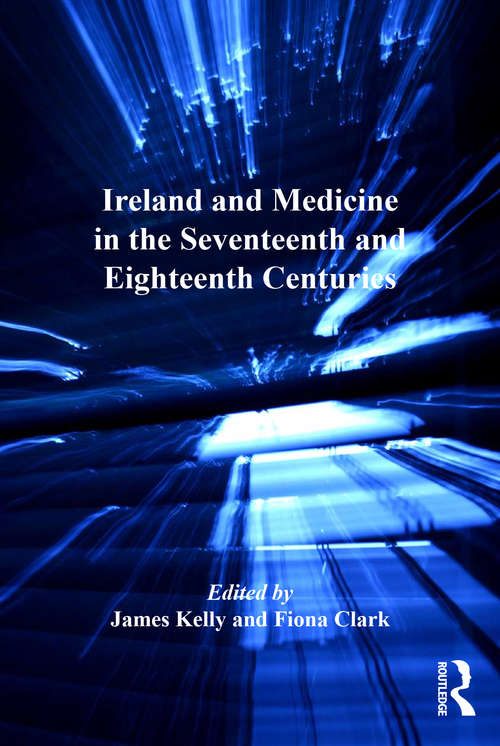 The story of early modern medicine, with its extremes of scientific brilliance and barbaric practice, has long held a fascination for scholars. The great discoveries of Harvey and Jenner sit incongruously with the persistence of Galenic theory, superstition and blood-letting. Yet despite continued research into the period as a whole, most work has focussed on the metropolitan centres of England, Scotland and France, ignoring the huge range of national and regional practice. This collection aims to go some way to rectifying this situation, providing an exploration of the changes and developments in medicine as practised in Ireland and by Irish physicians studying and working abroad during the seventeenth and eighteenth centuries. Bringing together research undertaken into the neglected area of Irish medical and social history across a variety of disciplines, including history of medicine, Colonial Latin American history, Irish, and French history, it builds upon ground-breaking work recently published by several of the contributors, thereby augmenting our understanding of the role of medicine within early modern Irish society and its broader scientific and intellectual networks. By addressing fundamental issues that reach beyond the medical institutions, the collection expands our understanding of Irish medicine and throws new light on medical practices and the broader cultural and social issues of early modern Ireland, Europe, and Latin America. Taking a variety of approaches and sources, ranging from the use of eplistolary exchange to the study of medical receipt books, legislative practice to belief in miracles, local professionalization to international networks, each essay offers a fascinating insight into a still largely neglected area. Furthermore, the collection argues for the importance of widening current research to consider the importance and impact of early Irish medical traditions, networks, and practices, and their interaction with related issues, such as politics, gender, economic demand, and religious belief.