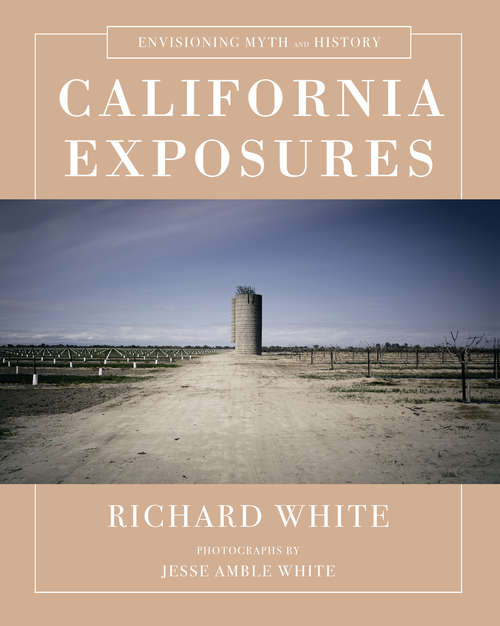 A brilliant California history, in word and image, from an award-winning historian and a documentary photographer.

“This is the West, sir. When the legend becomes fact, print the legend.” This indelible quote from The Man Who Shot Liberty Valance applies especially well to California, where legend has so thoroughly become fact that it is visible in everyday landscapes. Our foremost historian of the West, Richard White, never content to “print the legend,” collaborates here with his son, a talented photographer, in excavating the layers of legend built into California’s landscapes. Together they expose the bedrock of the past, and the history they uncover is astonishing.

Jesse White’s evocative photographs illustrate the sites of Richard’s historical investigations. A vista of Drakes Estero conjures the darkly amusing story of the Drake Navigators Guild and its dubious efforts to establish an Anglo-Saxon heritage for California. The restored Spanish missions of Los Angeles frame another origin story in which California’s native inhabitants, civilized through contact with friars, gift their territories to white settlers. But the history is not so placid. A quiet riverside park in the Tulare Lake Basin belies scenes of horror from when settlers in the 1850s transformed native homelands into American property. Near the lake bed stands a small marker commemorating the Mussel Slough massacre, the culmination of a violent struggle over land titles between local farmers and the Southern Pacific Railroad in the 1870s. Tulare is today a fertile agricultural county, but its population is poor and unhealthy. The California Dream lives elsewhere. The lake itself disappeared when tributary rivers were rerouted to deliver government-subsidized water to big agriculture and cities. But climate change ensures that it will be back—the only question is when.