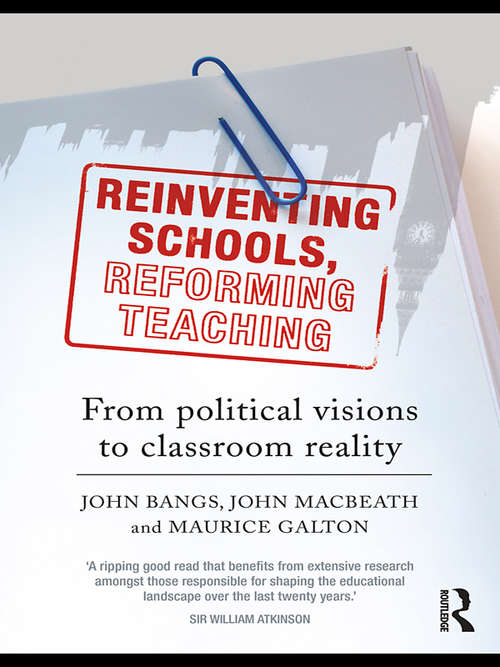 What lessons can we learn from the relationship between policy-makers and schools over the life of the ‘New’ Labour and its predecessor Conservative government? What happened to ‘Education, Education, Education’ as it travelled from political vision to classroom practice? What are the lasting legacies of 13 years of a reforming Labour government? And what are the key messages for a coalition government?

These are the questions addressed to the architects of educational reform, their critics and the prophets of better things to come. The 37 interviewees include ministers past and present, journalists, union officials, members of lobby groups and think tanks. Reinventing Schools, Reforming Teaching considers the impact of educational policies on those who have to translate political priorities into the day to day work of schools and classrooms. The authors argue that an evidence-informed view of policy-making has yet to be realised, graphically illustrating how many recent political decisions in education can be explained by the personal experiences, predilections and short-term needs of key decision-makers.

The interviews, which explore the dynamics behind the creation of education policies, cover a wide range of themes and issues, including:

policy-makers' attitudes to schools, the staff who work in them and the communities they serve

the shaping and reshaping of curriculum and assessment

The book's findings and proposals will be of interest not only to professional educators and those with an interest in the current and future state of education but to those interested in the process of policy-making itself.