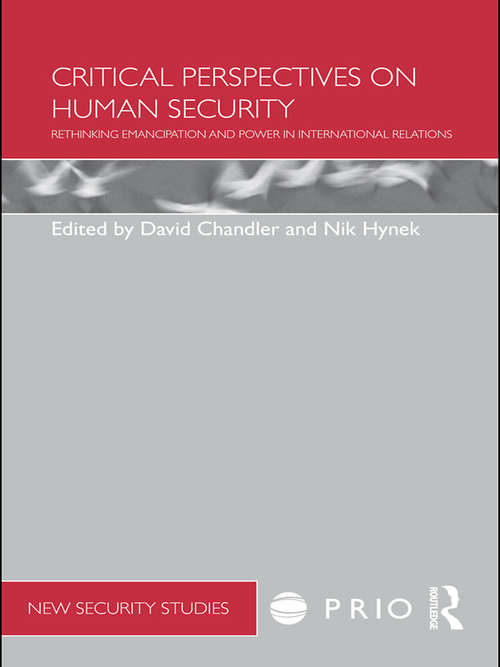 This new book presents critical approaches towards Human Security, which has become one of the key areas for policy and academic debate within Security Studies and IR.

The Human Security paradigm has had considerable significance for academics, policy-makers and practitioners. Under the rubric of Human Security, security policy practices seem to have transformed their goals and approaches, re-prioritising economic and social welfare issues that were marginal to the state-based geo-political rivalries of the Cold War era. Human Security has reflected and reinforced the reconceptualisation of international security, both broadening and deepening it, and, in so doing, it has helped extend and shape the space within which security concerns inform international policy practices. However, in its wider use, Human Security has become an amorphous and unclear political concept, seen by some as progressive and radical and by others as tainted by association with the imposition of neo-liberal practices and values on non-Western spaces or as legitimizing attacks on Iraq and Afghanistan.

This book is concerned with critical perspectives towards Human Security, highlighting some of the tensions which can emerge between critical perspectives which discursively radicalise Human Security within frameworks of emancipatory possibility and those which attempt to deconstruct Human Security within the framework of an externally imposed attempt to regulate and order the globe on behalf of hegemonic power. The chapters gathered in this edited collection represent a range of critical approaches which bring together alternative understandings of human security.