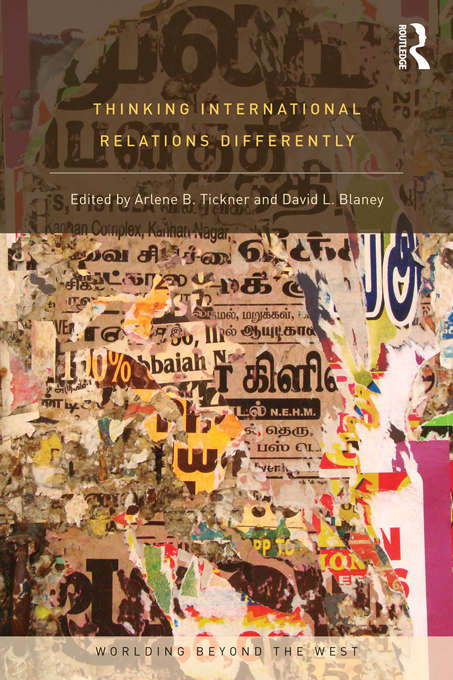 By: Arlene B. Tickner • David L. Blaney
Ingia
Sign Up

A host of voices has risen to challenge Western core dominance of the field of International Relations (IR), and yet, intellectual production about world politics continues to be highly skewed. This book is the second volume in a trilogy of titles that tries to put the "international" back into IR by showing how knowledge is actually produced around the world.

The book examines how concepts that are central to the analysis of international relations are conceived in diverse parts of the world, both within the disciplinary boundaries of IR and beyond them. Adopting a thematic structure, scholars from around the world issues that include security, the state, authority and sovereignty, globalization, secularism and religion, and the "international" - an idea that is central to discourses about world politics but which, in given geocultural locations, does not necessarily look the same.

By mapping global variation in the concepts used by scholars to think about international relations, the work brings to light important differences in non-Western approaches and the potential implications of such differences for the IR discipline and the study of world politics in general. This is essential reading for anyone who is concerned about the history, development and future of International Relations.