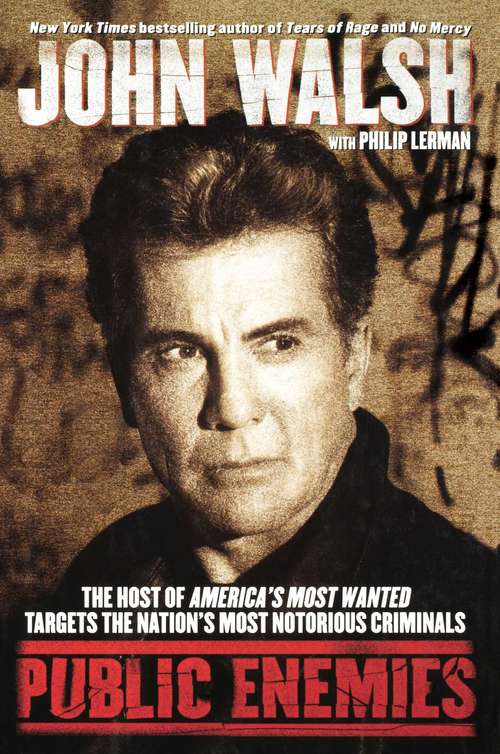 The host of America's Most Wanted, John Walsh has formed a vital partnership with the public, the media, and law enforcement that has led to the capture of hundreds of the worst serial killers, kidnappers, pedophiles, and rapists of our time. In Public Enemies he reveals the cost -- the blood, sweat, and tears -- behind the relentless pursuit of hard justice, in such infamous cases as: Kyle Bell: A lifelong sexual predator whose madness culminated in the slaying of an eleven-year-old North Dakota girl. Bell was one of the only fugitives AMW had to capture twice -- and his case stirred more outrage than any other broadcast in AMW's history. Kathleen Soliah: This accused Symbionese Liberation Army terrorist disappeared in 1969 only to resurface twenty-five years later as suburban housewife and soccer mom Sara Jane Olson. Her arrest, following AMW's profile of Soliah and her former SLA partner James Kilgore, incited a stunning controversy. Rafael Resendez-Ramirez: aka The Railroad Killer. A sociopathic drifter, he rode the Texas rails, stopping only to rape and kill. His case was first brought to the public eye by AMW, and it was a secret call to the program's hot line that ultimately led to his surrender. In those and other gripping true-crime profiles, John Walsh exposes the behind-the-scenes drama of the groundbreaking show, and what actually unfolds between the crimes and the captures -- the vital leads from strangers, the dangerous manhunts, the developments cut from the AMW broadcasts, and the dogged investigations by authorities. He divulges stunning lapses in the judicial process that release monsters to the streets time and again. He takes readers inside the hearts and souls of the grieving families, and gives eyewitness accounts of the dramatic final moments when fugitives are finally taken down. An outspoken and unstoppable crusader, John Walsh ignites Public Enemies with righteous anger and gut-level emotion. But his heartfelt motto echoes throughout: I truly believe, with all my heart and soul, that together we can make a difference. It's a conviction Walsh offers as inspiration to the innocents affected by crime, and to all who feel powerless in the face of unfathomable evil.