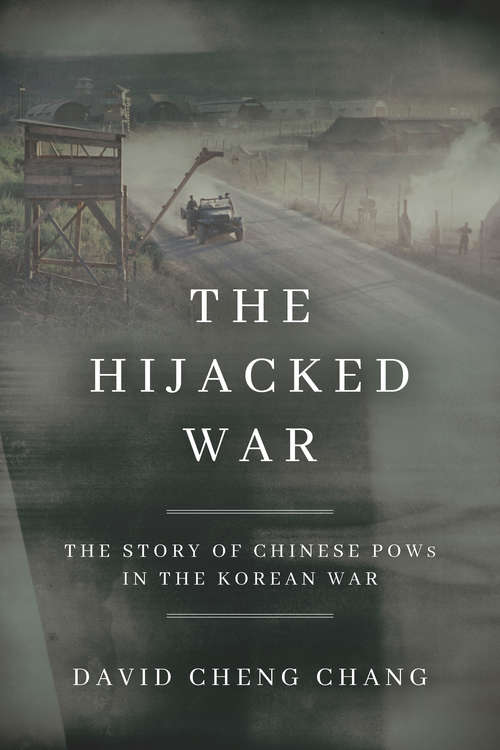 The Korean War lasted for three years, one month, and two days, but armistice talks occupied more than two of those years, as more than 14,000 Chinese prisoners of war refused to return to Communist China and demanded to go to Nationalist Taiwan, effectively hijacking the negotiations and thwarting the designs of world leaders at a pivotal moment in Cold War history. In The Hijacked War, David Cheng Chang vividly portrays the experiences of Chinese prisoners in the dark, cold, and damp tents of Koje and Cheju Islands in Korea and how their decisions derailed the high politics being conducted in the corridors of power in Washington, Moscow, and Beijing.

Chang demonstrates how the Truman-Acheson administration's policies of voluntary repatriation and prisoner reindoctrination for psychological warfare purposes—the first overt and the second covert—had unintended consequences. The "success" of the reindoctrination program backfired when anti-Communist Chinese prisoners persuaded and coerced fellow POWs to renounce their homeland. Drawing on newly declassified archival materials from China, Taiwan, and the United States, and interviews with more than 80 surviving Chinese and North Korean prisoners of war, Chang depicts the struggle over prisoner repatriation that dominated the second half of the Korean War, from early 1952 to July 1953, in the prisoners' own words.