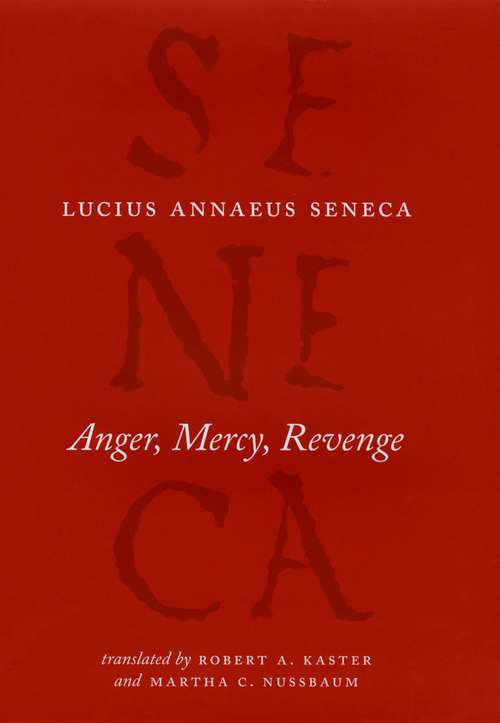 Lucius Annaeus Seneca (4 BCE–65 CE) was a Roman Stoic philosopher, dramatist, statesman, and adviser to the emperor Nero, all during the Silver Age of Latin literature. The Complete Works of Lucius Annaeus Seneca is a fresh and compelling series of new English-language translations of his works in eight accessible volumes. Edited by world-renowned classicists Elizabeth Asmis, Shadi Bartsch, and Martha C. Nussbaum, this engaging collection restores Seneca—whose works have been highly praised by modern authors from Desiderius Erasmus to Ralph Waldo Emerson—to his rightful place among the classical writers most widely studied in the humanities.

Anger, Mercy, Revenge comprises three key writings: the moral essays On Anger and On Clemency—which were penned as advice for the then young emperor, Nero—and the Apocolocyntosis, a brilliant satire lampooning the end of the reign of Claudius. Friend and tutor, as well as philosopher, Seneca welcomed the age of Nero in tones alternately serious, poetic, and comic—making Anger, Mercy, Revenge a work just as complicated, astute, and ambitious as its author.

Hakimiliki:
2010 The University of Chicago Press