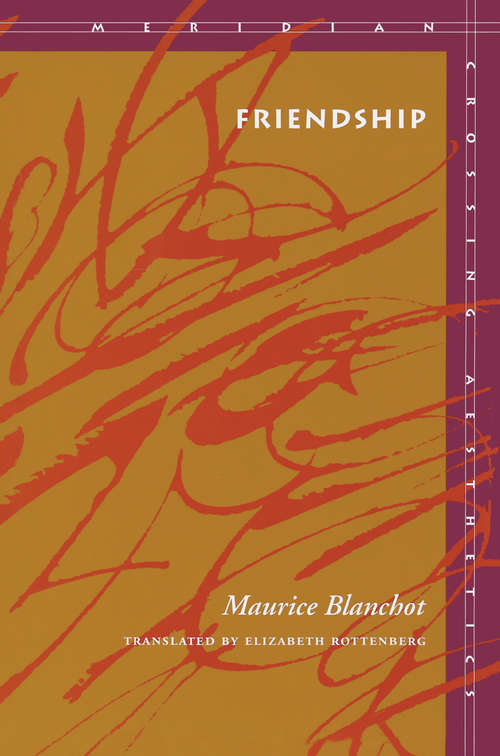 For the past half century, Maurice Blanchot has been an extraordinarily influential figure on the French literary and cultural scene. He is arguably the key figure after Sartre in exploring the relation between literature and philosophy.

This collection of 29 critical essays and reviews on art, politics, literature, and philosophy documents the wide range of Blanchot's interests, from the enigmatic paintings in the Lascaux caves to the atomic era. Essays are devoted to works of fiction (Louis-René des Forêts, Pierre Klossowski, Roger Laporte, Marguerite Duras), to autobiographies or testimonies (Michel Leiris, Robert Antelme, André Gorz, Franz Kafka), or to authors who are more than ever contemporary (Jean Paulhan, Albert Camus).

Several essays focus on questions of Judaism, as expressed in the works of Edmond Jabès, Emmanuel Levinas, and Martin Buber. Among the other topics covered are André Malraux's "imaginary museum," the Pléiade Encyclopedia project of Raymond Queneau, paperback publishing, the work of Claude Lévi-Strauss, Benjamin's "Task of the Translator," Marx and communism, writings on the Holocaust, and the difference between art and writing. The book concludes with an eloquent invocation to friendship on the occasion of the death of Georges Bataille.

Hakimiliki:
1997 Board of Trustees of the Leland Stanford