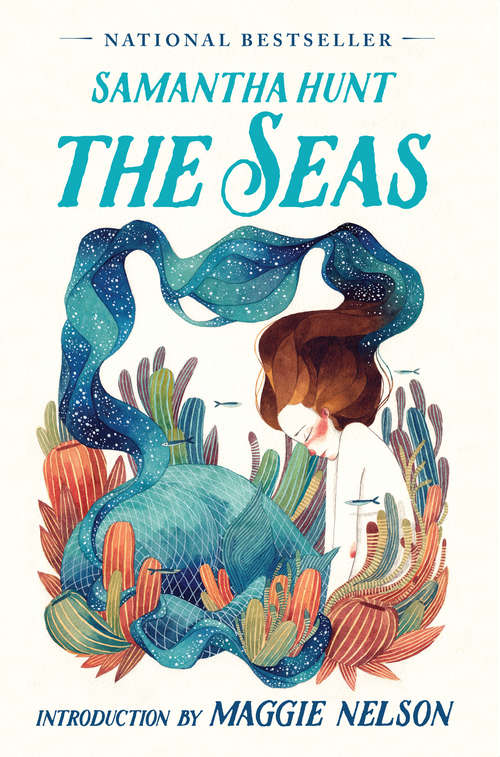 "The Seas took me back to how I felt as a kid, when you’re newly falling in love with literature, newly shocked by its capacity to cast a spell..." —Maggie Nelson (from the Introduction)

A Most Anticipated Book of Summer at BuzzFeed, NYLON, and more.

Moored in a coastal fishing town so far north that the highways only run south, the unnamed narrator of The Seas is a misfit. She’s often the subject of cruel local gossip. Her father, a sailor, walked into the ocean eleven years earlier and never returned, leaving his wife and daughter to keep a forlorn vigil. Surrounded by water and beckoned by the sea, she clings to what her father once told her: that she is a mermaid.

True to myth, she finds herself in hard love with a land-bound man, an Iraq War veteran thirteen years her senior.The mesmerizing, fevered coming-of-age tale that follows will land her in jail. Her otherworldly escape will become the stuff of legend.

With the inventive brilliance and psychological insight that have earned her international acclaim, Samantha Hunt pulls readers into an undertow of impossible love and intoxication, blurring the lines between reality and fairy tale, hope and delusion, sanity and madness.