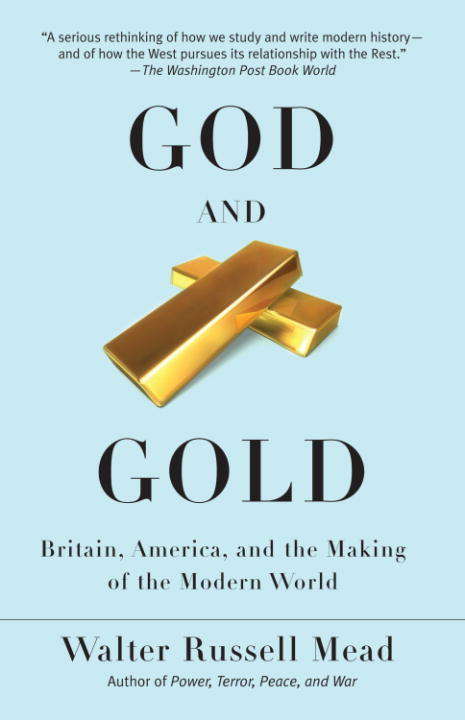 An illuminating account of the birth and rise of the global political and economic system that, sustained first by Britain and now by America, created the modern world. Walter Russell Mead, one of our most distinguished foreign policy experts, makes clear that the key to the predominance of the two countries has been the individualistic ideology of the prevailing Anglo-American religion. Mead explains how this helped create a culture uniquely adapted to capitalism, a system under which both countries thrived. We see how, as a result, the two nations were able to create the liberal, democratic system whose economic and social influence continues to grow around the world. With wit, verve, and stunning insight, Mead recounts what is, in effect, the story of a centuries-long war between the English-speaking peoples and their enemies. Sustained by control of the oceans that surround them, the British and their American heirs built a global system of politics, power, investment, and trade over the past three hundred years. Along the way, the two nations developed a sophisticated grand strategy that brought the English-speaking powers to a pinnacle of global power and prestige unmatched in the history of the world. Since Oliver Cromwell's day, the English-speakers have seen their enemies as haters of liberty and God who care nothing for morality, who will do anything to win, and who rely on a treacherous fifth column to assure victory. Those enemies, from Catholic Spain and Louis XIV to the Nazis, communists, and Al-Qaeda, held similar beliefs about their British and American rivals, but we see that though the Anglo-Americans have lost small wars here and there, they have won the major conflicts. So far. The stakes today are higher than ever; technological progress makes new and terrible weapons easier for rogue states and terror groups to develop and deploy. Where some see an end to history and others a clash of civilizations, Mead sees the current conflicts in the Middle East as the latest challenge to the liberal, capitalist, and democratic world system that the Anglo-Americans are trying to build. What we need now, he says, is a diplomacy of civlizations based on a deeper understanding of the recurring conflicts between the liberal world system and its foes. In practice, this means that Americans generally, and especially the increasingly influential evangelical community, must develop a better sense of America's place in the world. Mead's emphasis on the English-speaking world as the chief hero (and sometimes villain) in modern history changes the way we see the world. Authoritative and lucid,God and Goldweaves history, literature, philosophy, and religion together into an eminently important work—a dazzling book that helps us understand the world we live in and our tumultuous times.