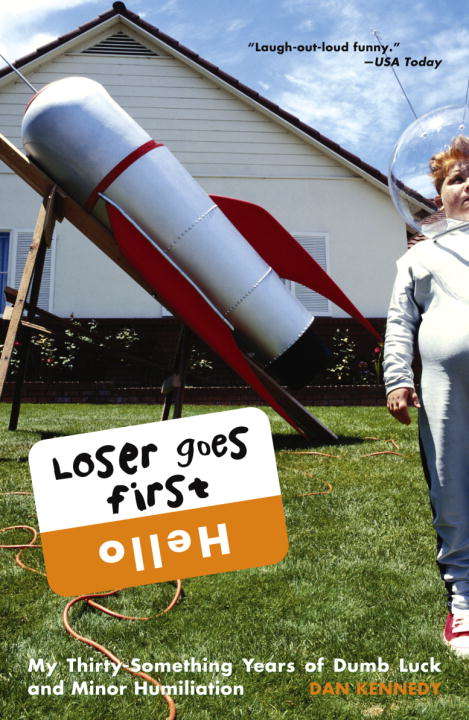 It all begins on Christmas morning, 1978. Dan Kennedy is ten years old and wants a black Gibson Les Paul guitar, the kind Peter Frampton plays. It will be his passport to the coolest (only) band in the neighborhood--Jokerz. He doesn't get it. Instead, his parents present him with what they think he wants most, a real-estate loan calculator (called the Loan Arranger) and a maroon velour pullover shirt with a tan stripe across the chest. It is the first of what will become a lifetime of various-sized failures, misunderstandings, comical humiliations, and just plain silly choices that have dogged this "hipster Proust of youthful loserdom," as author Jerry Stahl has so eloquently called Mr. Kennedy. Dan's hilarious and painfully awkward youth soon develops into a . . . uh . . . hilarious and painfully awkward adulthood. His first two choices for university are Yale (Lit or Drama) and Harvard (Business), so he reviews his high school transcripts and decides on Butte Community College in Oroville, California, where he studies for about four and a half weeks. We could go on here and describe in detail all of Dan's good-natured stabs at ambition, but he, himself, sums it all up quite nicely: "If you've ever tried and failed miserably at being a rock star (no guitar/talent), a professional bass fisherman, an extra in the movie Sleepless in Seattle (guy drinking martini in bar while Tom Hanks makes a phone call), a Madison Avenue advertising executive, a clerk/towel person at a suburban health club (named Kangaroo Kourts), an espresso street-cart owner and operator (in the one neighborhood of that coffee-swilling town, Seattle, where, remarkably, no one really seems to drink coffee), a dot. com millionaire, an MTV VJ, or a forest fire fighter, this book is for you. " Along the way, a few lessons are learned and we are treated to one of the most original, riotously funny, unsentimental, and offbeat memoirs in recent history. Dan's a favorite in McSweeney's and at the very popular Moth readings in New York City. We should be happy that he failed so miserably at so many things--and took notes! From the Hardcover edition.