Stop Teaching Our Kids to Kill 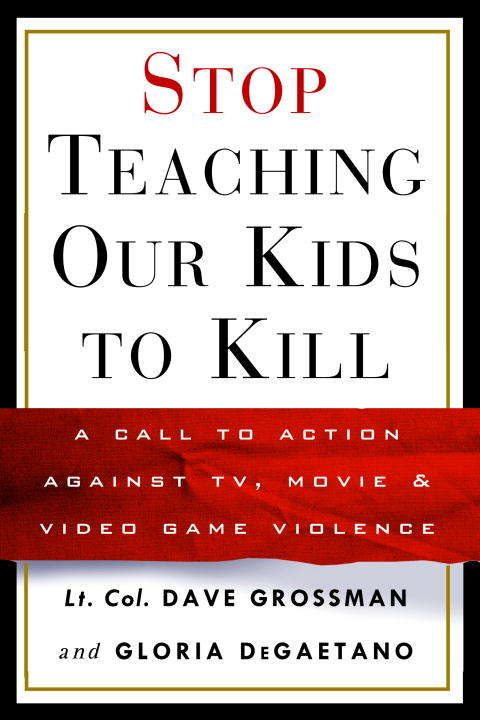 There is perhaps no bigger or more important issue in America at present than youth violence. Jonesboro; Paducah; Pearl, Mississippi; Stamps, Arkansas; Conyers, Georgia; and, of course, Littleton, Colorado. We know them all too well, and for all the wrong reasons: kids, some as young as eleven years old, taking up arms and, with deadly, frightening accuracy, murdering anyone in their paths. What is going on? According to the authors of Stop Teaching Our Kids to Kill, there is blame to be laid right at the feet of the makers of violent video games (called "murder trainers" by one expert), the TV networks, and the Hollywood movie studios--the people responsible for the fact that children witness literally thousands of violent images a day. Authors Lt. Col. Dave Grossman and Gloria DeGaetano offer incontrovertible evidence, much of it based on recent major scientific studies and empirical research, that movies, TV, and video games are not just conditioning children to be violent--and unaware of the consequences of that violence--but are teaching the very mechanics of killing. Their book is a much-needed call to action for every parent, teacher, and citizen to help our children and stop the wave of killing and violence gripping America's youth. And, most important, it is a blueprint for us all on how that can be achieved. In Paducah, Kentucky, Michael Carneal, a fourteen-year-old boy who stole a gun from a neighbor's house, brought it to school and fired eight shots at a student prayer group as they were breaking up. Prior to this event, he had never shot a real gun before. Of the eight shots he fired, he had eight hits on eight different kids. Five were head shots, the other three upper torso. The result was three dead, one paralyzed for life. The FBI says that the average, experienced, qualified law enforcement officer, in the average shootout, at an average range of seven yards, hits with less than one bullet in five. How does a child acquire such killing ability? What would lead him to go out and commit such a horrific act?