A History of British Elections since 1689 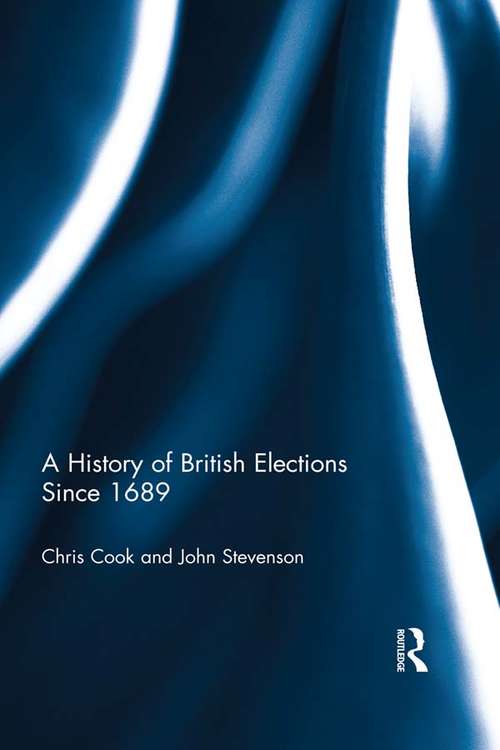 A History of British Elections since 1689 represents a unique single-volume authoritative reference guide to British elections and electoral systems from the Glorious Revolution to the present day.

The main focus is on general elections and associated by-elections, but Chris Cook and John Stevenson also cover national referenda, European parliament elections, municipal elections, and elections to the Welsh and Northern Irish assemblies and the Scottish parliament. The outcome and political significance of all these elections are looked at in detail, but the authors also discuss broader themes and debates in British electoral history, for example: the evolution of the electoral system, parliamentary reform, women's suffrage, constituency size and numbers, elimination of corrupt practices, and other important topics. The book also follows the fortunes not only of the major political parties but of fringe movements of the extreme right and left.

Combining data, summary and analysis with thematic overviews and chronological outlines, this major new reference provides a definitive guide to the long and varied history of British elections and is essential reading for students of British political history.