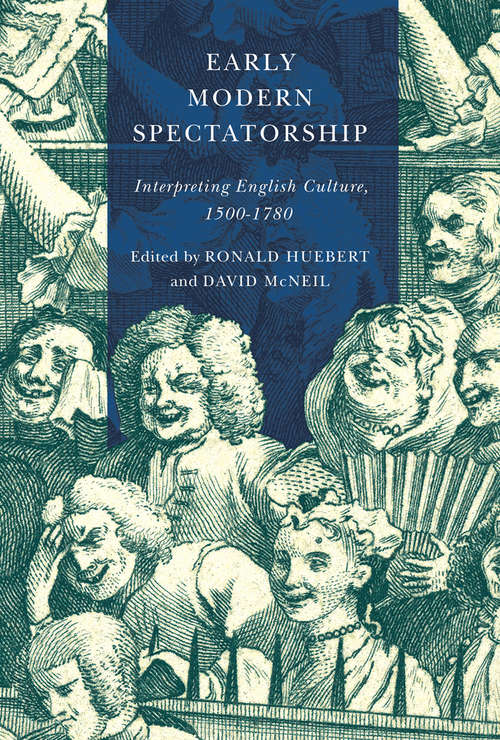 What did it mean to be a spectator during the lifetime of Shakespeare or of Aphra Behn? In Early Modern Spectatorship contributors use the idea of spectatorship to reinterpret canonical early modern texts and bring visibility to relatively unknown works.

While many early modern spectacles were designed to influence those who watched, the very presence of spectators and their behaviour could alter the conduct and the meaning of the event itself. In the case of public executions, for example, audiences could both observe and be observed by the executioner and the condemned. Drawing on work in the digital humanities and theories of cultural spectacle, these essays discuss subjects as various as the death of Desdemona in Othello, John Donne's religious orientation, Ned Ward's descriptions of London, and Louis Laguerre's murals painted for the residences of English aristocrats.