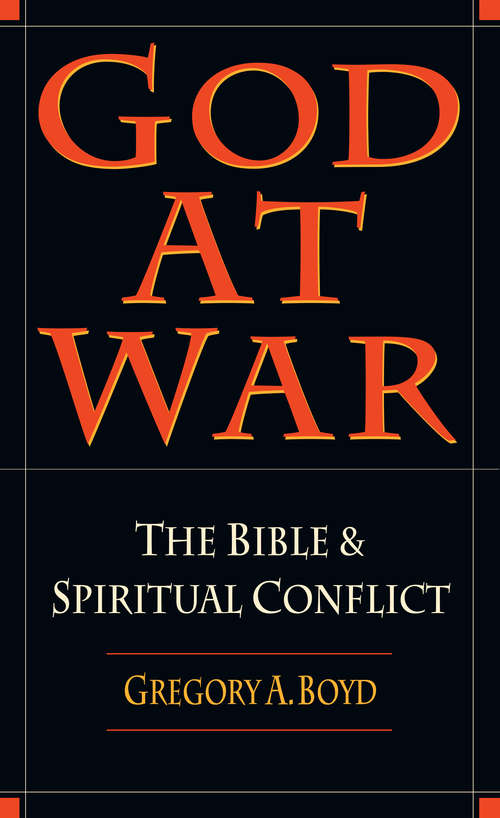 In this bold and compelling work, Gregory Boyd undertakes to reframe the central issues of Christian theodicy. By Boyd's estimate, theologians still draw too heavily on Augustine's response to the problem of evil, attributing pain and suffering to the mysterious "good" purposes of God.

Through a close and sophisticated reading of both Old and New Testaments, Boyd argues that Satan has been in an age-long (but not eternal) battle against God, and that this conflict "is a major dimension of the ultimate canvas against which everything within the biblical narrative, from creation to the eschaton, is to be painted and therefore understood."

No less edifying than it is provocative, God at War will reward the careful attention of scholars, pastors, students and educated laypersons alike.