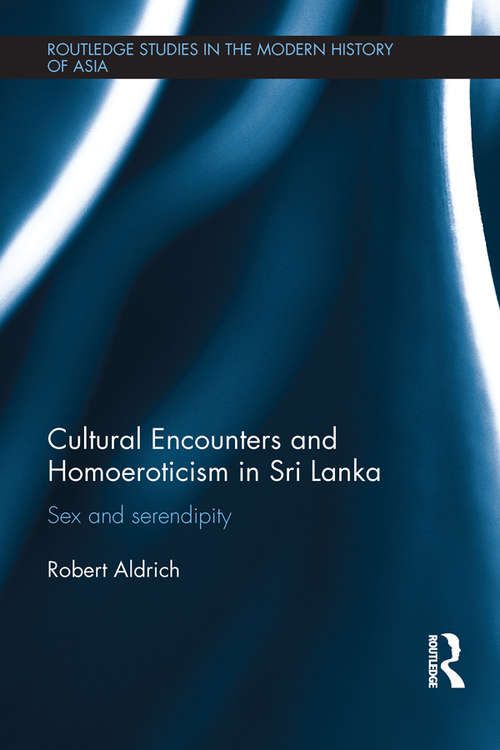 Ceylon, or Sri Lanka, was long known to travellers for its luxuriant landscapes, colourful temples and friendly inhabitants – the island once named Serendip. This book explores the sojourns of gay visitors from the late 1800s to the modern day, providing a history of homosexuality, travel and cultural encounter on the island.

The book offers profiles of major figures in Sri Lankan culture and of homosexual visitors, both famous and infamous, to the island. It discusses the experiences of sojourners including the Victorian social reformer Edward Carpenter and the German naturalist Ernst Haeckel, such British and American writers as Paul Bowles and Arthur C. Clarke, and the Australian painter Donald Friend. It also pays particular attention to Lionel Wendt, one of the most important modernist photographers outside Europe. For these figures, an erotic appreciation of young men whom they encountered mixed with interest in Sinhalese art, Buddhist and Hindu spirituality, and the flora and fauna of the island. Their experiences influenced modern writing, art and dance. Cultural influences moved in both directions, however, and Sri Lankans also found inspiration from abroad. The book argues that homosexuals played a major role in the transmission of cultural influences from Sri Lanka to the rest of the world, and from the wider world to this Indian Ocean island.

Providing an original analysis of gay cultures in Sri Lanka from Victorian encounters to the present day, this book is the first study of Sri Lanka as a site of gay travel. An excellent study of trans-national cultural exchange, sexuality and the relationships between them, it will be of interest to academics in the field of Asian Studies, Colonial History and Gay and Queer Studies.