Immigration and the Remaking of Black America 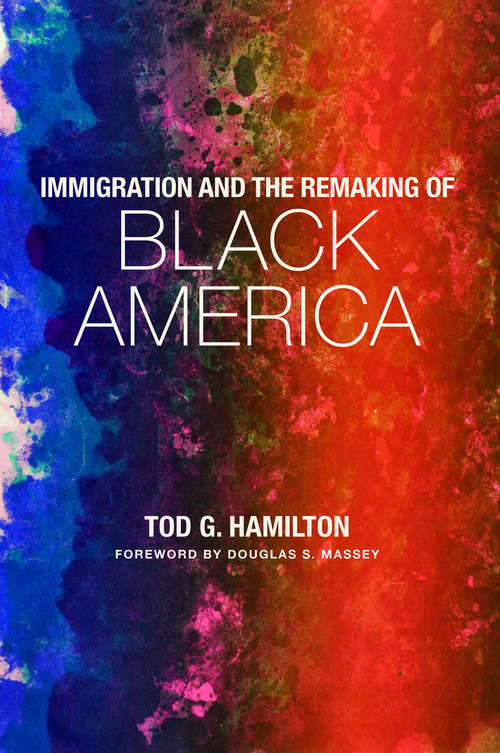 Over the last four decades, immigration from the Caribbean and sub-Saharan Africa to the U. S. has increased rapidly. In several states, African immigrants are now major drivers of growth in the black population. While social scientists and commentators have noted that these black immigrants’ social and economic outcomes often differ from those of their native-born counterparts, few studies have carefully analyzed the mechanisms that produce these disparities. In Immigration and the Remaking of Black America, sociologist and demographer Tod Hamilton shows how immigration is reshaping black America. He weaves together interdisciplinary scholarship with new data to enhance our understanding of the causes of socioeconomic stratification among both the native-born and newcomers.

Hamilton demonstrates that immigration from the Caribbean and sub-Saharan Africa is driven by selective migration, meaning that newcomers from these countries tend to have higher educational attainment than those who stay behind. As a result, they arrive in the U.S. with some advantages over native-born blacks, and, in some cases, over whites. He also shows the importance of historical context: prior to the Civil Rights Movement, black immigrants’ socioeconomic outcomes resembled native-born blacks’ much more closely, regardless of their educational attainment in their country of origin. Today, however, certain groups of black immigrants have better outcomes than native-born black Americans—such as lower unemployment rates and higher rates of homeownership—in part because they immigrated at a time of expanding opportunities for minorities and women in general. Hamilton further finds that rates of marriage and labor force participation among native-born blacks that move away from their birth states resemble those of many black immigrants, suggesting that some disparities within the black population stem from processes associated with migration, rather than from nativity alone.

Hamilton argues that failing to account for this diversity among the black population can lead to incorrect estimates of the social progress made by black Americans and the persistence of racism and discrimination. He calls for future research on racial inequality to disaggregate different black populations. By richly detailing the changing nature of black America, Immigration and the Remaking of Black America helps scholars and policymakers to better understand the complexity of racial disparities in the twenty-first century.