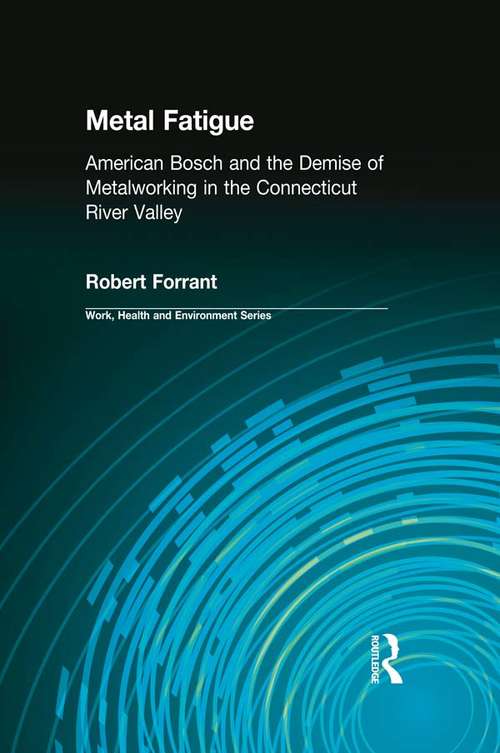 On February 4, 1986, the lives of thousands of workers changed in ways they could only begin to imagine. On that day, United Technologies Corporation ordered the closure of the 76-year-old American Bosch manufacturing plant in Springfield, Massachusetts, capping a nearly 32-year history of job loss and work relocation from the sprawling factory. The author, a former Bosch worker and the business agent for the union representing nearly 1,200 Bosch employees when the plant closed, interjects his personal recollections into the story.For more than 150 years Springfield stood at the center of a prosperous 200-mile industrial corridor along the Connecticut River, between Bridgeport, Connecticut, and Springfield, Vermont, populated with hundreds of machine tool and metalworking plants and thousands of workers. This book is a historical account of the profound economic collapse of the Connecticut River Valley region, with a particular focus on Bosch, its workers, and its union. The shutdown is placed in the context of the wider region's deindustrialization. The closure marked the watershed for large-firm metalworking and metalworking unions in the Connecticut River Valley. The book also describes how the United States, in a ten-year period from the mid-1970s to the mid-1980s, went from being the world's leading exporter of machine tools to its leading importer, and how that sharp decline affected the region's leading city, Springfield, Massachusetts, which by 2005 was in danger of bankruptcy.