Byzantium and the West 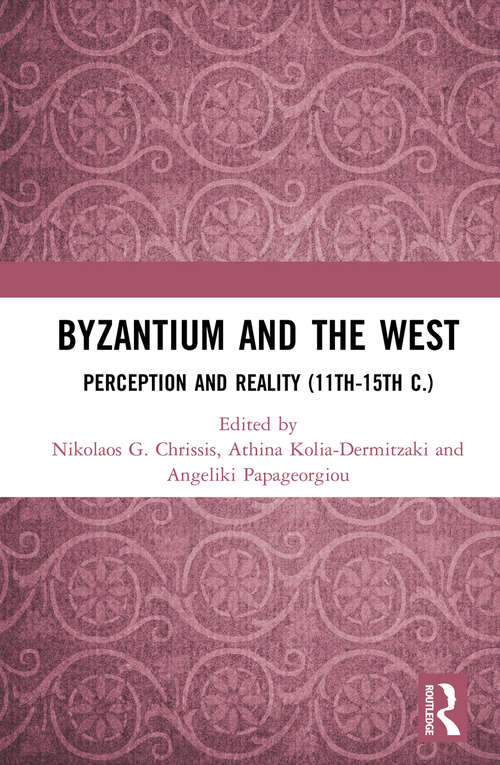 The interaction between Byzantium and the Latin West was intimately connected to practically all the major events and developments which shaped the medieval world in the High and Late Middle Ages – for example, the rise of the ‘papal monarchy’, the launch of the Crusades, the expansion of international and long distance commerce, or the flowering of the Renaissance. This volume explores not only the actual avenues of interaction between the two sides (trade, political and diplomatic contacts, ecclesiastical dialogue, intellectual exchange, armed conflict), but also the image each side had of the other and the way perceptions evolved over this long period in the context of their manifold contact.

Twenty-one stimulating papers offer new insights and original research on numerous aspects of this relationship, pooling the expertise of an international group of scholars working on both sides of the Byzantine-Western ‘divide’, on topics as diverse as identity formation, ideology, court ritual, literary history, military technology and the economy, among others. The particular contribution of the research presented here is the exploration of how cross-cultural relations were shaped by the interplay of the thought-world of the various historical agents and the material circumstances which circumscribed their actions.

The volume is primarily aimed at scholars and students interested in the history of Byzantium, the Mediterranean world, and, more widely, intercultural contacts in the Middle Ages.