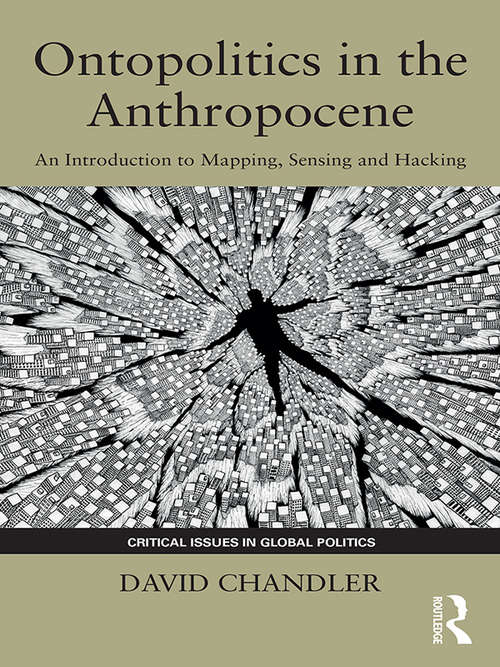 The Anthropocene captures more than a debate over how to address the problems of climate change and global warming. Increasingly, it is seen to signify the end of the modern condition itself and potentially to open up a new era of political possibilities. This is the first book to look at the new forms of governance emerging in the epoch of the Anthropocene. Forms of rule, which seek to govern without the handrails of modernist assumptions of ‘command and control’ from the top-down; taking on board new ontopolitical understandings of the need to govern on the grounds of non-linearity, complexity and entanglement.

The book is divided into three parts, each focusing on a distinct mode or understanding of governance: Mapping, Sensing and Hacking. Mapping looks at attempts to govern through designing adaptive interventions into processes of interaction. Sensing considers ways of developing greater real time sensitivity to changes in relations, often deploying new technologies of Big Data and the Internet of Things. Hacking analyses the development of ways of ‘becoming with’, working to recomposition and reassemble relations in new and creative forms.