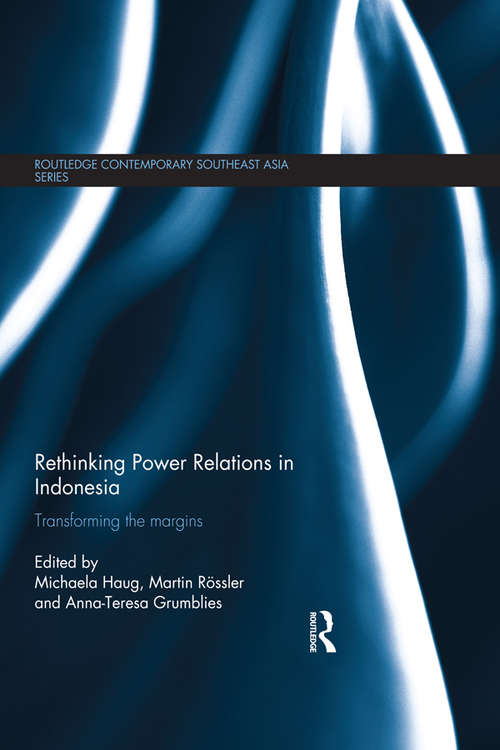 Since colonial rule, the island of Java served as Indonesia’s imagined centre and prime example of development, while the Outer Islands were constructed as the state’s marginalised periphery. Recent processes of democratisation and regional autonomy, however, have significantly changed the power relations that once produced the marginality of the Outer Islands.

This book explores processes of political, economic and cultural transformations in Indonesia, emphasizing their implications for centre-periphery relations from the perspective of the archipelago’s ‘margins’. Structured along three central themes, the book first provides theoretical contributions to the understanding of marginality in Indonesia. The second part focuses on political transformation processes and their implications for the Outer Islands. The third section investigates the dynamics caused by economic changes on Indonesia’s periphery.

Chapters writtten by experts in the field offer examples from various regions, which demonstrate how power relations between centre and periphery are getting challenged, contested and reshaped. The book fills a gap in the literature by analysing the implications of the recent transformation processes for the construction of marginality on Indonesia’s Outer Islands.