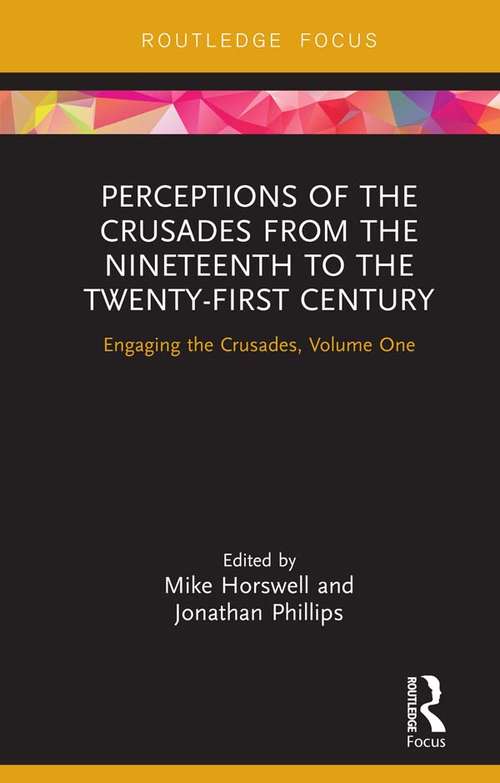 Engaging the Crusades is a series of volumes which offer windows into a newly emerging field of historical study: the memory and legacy of the crusades. Together these volumes examine the reasons behind the enduring resonance of the crusades and present the memory of crusading in the modern period as a productive, exciting and much needed area of investigation.

Perceptions of the Crusades from the Ninetenth to the Twenty-First Century explores the ways in which the crusades have been used in the last two centuries, including the varying deployment of crusading rhetoric and imagery in both the East and the West. It considers the scope and impact of crusading memory from the nineteenth and into the twentieth century, engaging with nineteenth-century British lending libraries, literary uses of crusading tales, wartime postcard propaganda, memories of Saladin and crusades in the Near East and the works of modern crusade historians.

Demonstrating the breadth of material encompassed by this subject and offering methodological suggestions for continuing its progress, Perceptions of the Crusades from the Ninetenth to the Twenty-First Century is essential reading for modern historians, military historians and historians of memory and medievalism.