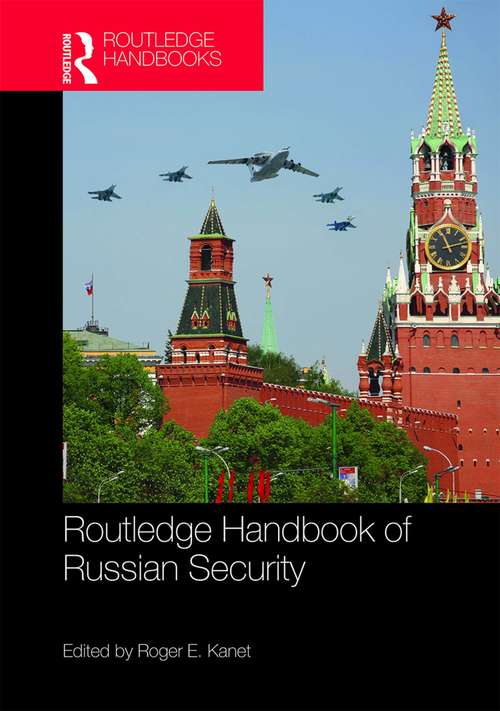 The Routledge Handbook of Russian Security offers a comprehensive collection of essays on all aspects of Russian security and foreign policy by international scholars from across the world.

The volume identifies key contemporary topics of research and debate and takes into account the changes that have occurred in the study of Russian security strategy since the end of the Cold War. The handbook is organised into five sections:

Instruments used by Russia in pursuing its security

Global and regional aspects of Russian security and foreign policy

Case studies of Russian involvement in a series of security conflicts.

The book concludes with case studies of the major examples of Russian involvement and operations in a series of security conflicts, including that in Georgia, the intervention in Ukraine and occupation of Crimea, and the ongoing Civil War in Syria.

This volume will be of great interest to students of Russian security, strategic studies, foreign policy, European politics, and International Relations in general.