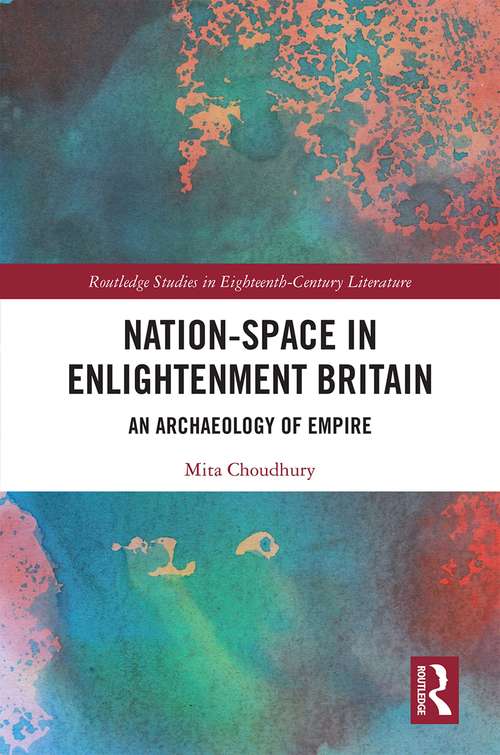 Nation-Space in Enlightenment Britain: An Archaeology of Empire is a provocative intervention that extends considerably the parameters of on-going dialogues about British identity during the Enlightenment. Thoughtfully interdisciplinary and with an allegiance to the culture which literary production engenders, this book describes how British identity emerges not despite of but due to its fluid, volatile, and subversive impulses and expressions. The imperial establishment—codified in the logics of the corporation, the academy, the cathedral, the theater, as well the private parlor or garden—derives its power and sustainability from scripting and then championing a solid resistance to precisely those subversive elements which threaten or undermine the foundations of order and liberalism in civil society. Choudhury argues that imperial Britain can best be understood in terms of this culture’s investment in spatial alignments which celebrated a radial interface with remote points of commercial interest. The volume contends Daniel Defoe, Arthur Onslow, David Garrick, Joseph Banks, Daniel Solander, Hans Sloane, Francis Barber, Samuel Johnson, Charles Burney, George Frideric Handel were not merely part of a dazzling line-up of the architects of empire. In retrospect, their contributions and various engagements reflect remarkably modern patterns of the corporatization of culture and this culture’s dependence on, and thus its collusion with, commerce.