In Dialogue with Classical Indian Traditions 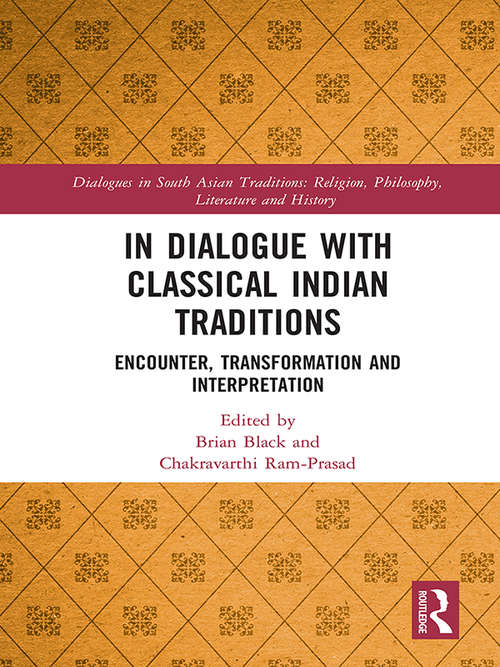 Dialogue is a recurring and significant component of Indian religious and philosophical literature. Whether it be as a narrative account of a conversation between characters within a text, as an implied response or provocation towards an interlocutor outside the text, or as a hermeneutical lens through which commentators and modern audiences can engage with an ancient text, dialogue features prominently in many of the most foundational sources from classical India. Despite its ubiquity, there are very few studies that explore this important facet of Indian texts. This book redresses this imbalance by undertaking a close textual analysis of a range of religious and philosophical literature to highlight the many uses and functions of dialogue in the sources themselves and in subsequent interpretations.

Using the themes of encounter, transformation and interpretation – all of which emerged from face-to-face discussions between the contributors of this volume – each chapter explores dialogue in its own context, thereby demonstrating the variety and pervasiveness of dialogue in different genres of the textual tradition.

This is a rich and detailed study that offers a fresh and timely perspective on many of the most well-known and influential sources from classical India. As such, it will be of great use to scholars of religious studies, Asian studies, comparative literature and literary theory.