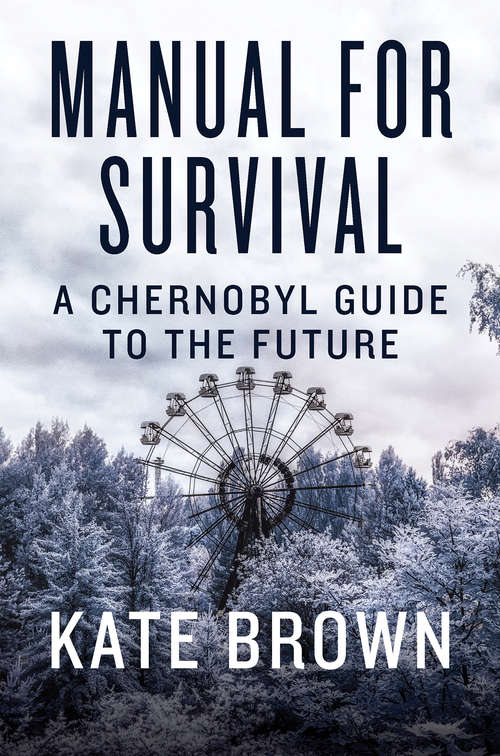 A chilling exposé of the international effort to minimize the health and environmental consequences of nuclear radiation in the wake of Chernobyl.

Dear Comrades! Since the accident at the Chernobyl power plant, there has been a detailed analysis of the radioactivity of the food and territory of your population point. The results show that living and working in your village will cause no harm to adults or children.

So began a pamphlet issued by the Ukrainian Ministry of Health—which, despite its optimistic beginnings, went on to warn its readers against consuming local milk, berries, or mushrooms, or going into the surrounding forest. This was only one of many misleading bureaucratic manuals that, with apparent good intentions, seriously underestimated the far-reaching consequences of the Chernobyl nuclear catastrophe.

After 1991, international organizations from the Red Cross to Greenpeace sought to help the victims, yet found themselves stymied by post-Soviet political circumstances they did not understand. International diplomats and scientists allied to the nuclear industry evaded or denied the fact of a wide-scale public health disaster caused by radiation exposure. Efforts to spin the story about Chernobyl were largely successful; the official death toll ranges between thirty-one and fifty-four people. In reality, radiation exposure from the disaster caused between 35,000 and 150,000 deaths in Ukraine alone.

No major international study tallied the damage, leaving Japanese leaders to repeat many of the same mistakes after the Fukushima nuclear disaster in 2011. Drawing on a decade of archival research and on-the-ground interviews in Ukraine, Russia, and Belarus, Kate Brown unveils the full breadth of the devastation and the whitewash that followed. Her findings make clear the irreversible impact of man-made radioactivity on every living thing; and hauntingly, they force us to confront the untold legacy of decades of weapons-testing and other nuclear incidents, and the fact that we are emerging into a future for which the survival manual has yet to be written.