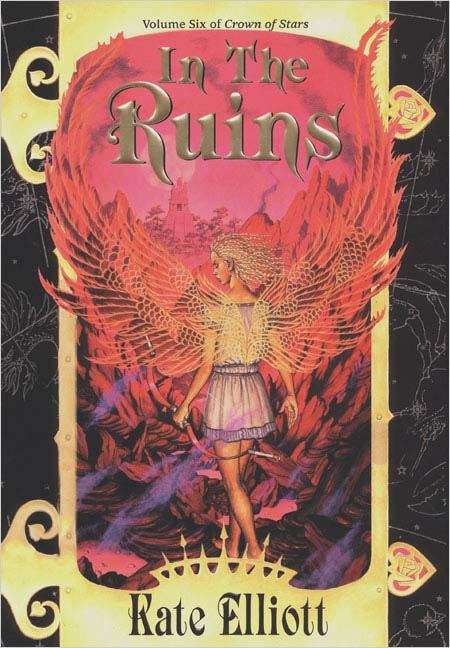 The cataclysm that has threatened for centuries has finally occurred. The lost land of the Aoi has returned to the earth from which it was cast forth into the aether millennia ago. Whether anyone can survive the devastating aftermath remains to be seen. As tsunamis, earthquakes, and firestorms reshape the very land and seas, darkness descends everywhere. With the war for empire totally disrupted, all sides must regroup. And though the battle for survival must be the primary focus of all concerned, there are always those eager to seize power no matter the cost.

Though King Henry demanded with his ast breath that Prince Sanglant accept his crown, there are many who may refuse to honor the dying king's wish. Liath, Sanglant's wife, has been excommunicated by the church and unless he agrees to put her aside, his own aunt, Mother Scholastica, is threatening to interdict Sanglant and all who follow him. And though he and Liath long to search for their missing daughter, Blessing, the demands of statecraft hold them hostage to Sanglant's newly constituted court.

Henry's wife, Adelheid, is determined to regain control of their empire. But she has let Antonia proclaim herself the new skopos, the Holy Mother who rules over all of the church. And Antonia has already proved herself an extremely dangerous ally, ready to use any means and anyone to fulfill her own ambitions.

The Aoi, newly returned from exile, are divided between those who seek only to rebuild and the warriors determined to claim revenge against the humans.

Stronghand, too, is consolidating his gains for his combined EikaIAlban empire, bent on further conquests, drawn in part by the bond he still shares with Alain.

And even as Liath seeks out the forbidden magic that could bring back the light of day, spelling the difference between life and extinction, new alliances are forming and old ones being abandoned. Only time will tell who--if anyone--will emerge triumphant as cultures, religions, and races clash in the ultimate struggle for control of this strange new world ...