Variation, Versatility and Change in Sociolinguistics and Creole Studies 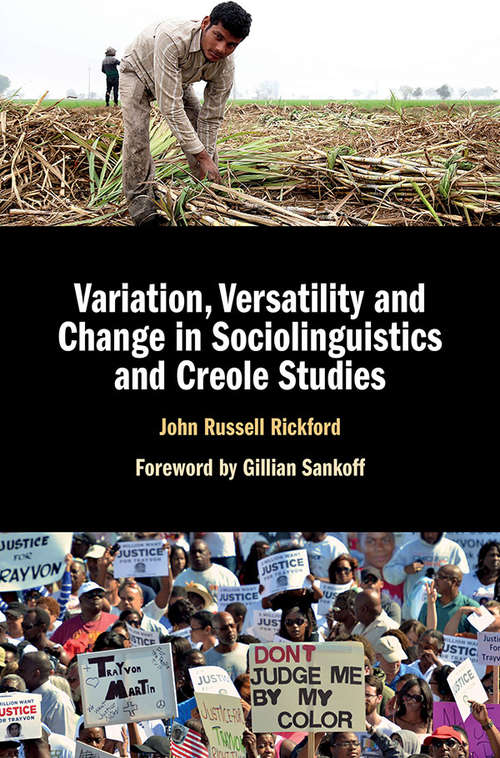 By the award-winning former president of the Linguistic Society of America, this collection of some of John Russell Rickford's pioneering works shows how linguists in sociolinguistics and creole studies can benefit from utilizing data, theories and methods from each other, as they more frequently did in the 1960s and 1970s, when both subfields, in their modern forms at least, were getting started. The volume addresses fundamental sociolinguistic topics such as social class, style, fieldwork, speech community, sociolinguistic competence and language attitudes with data from Guyanese and other Caribbean creoles. Recurrent concepts are also considered including language versatility, variation and change, vernacular use, school success and criminal justice in African America and the Caribbean, using models, case studies and methodologies from sociolinguistics. Theoretical and applied scholars, students apprehensive about sociolinguistic fieldwork, and those considering dynamic methods like implicational scaling about which little is written in linguistics textbooks, will find this volume invaluable. Includes a Foreword by Gillian Sankoff.