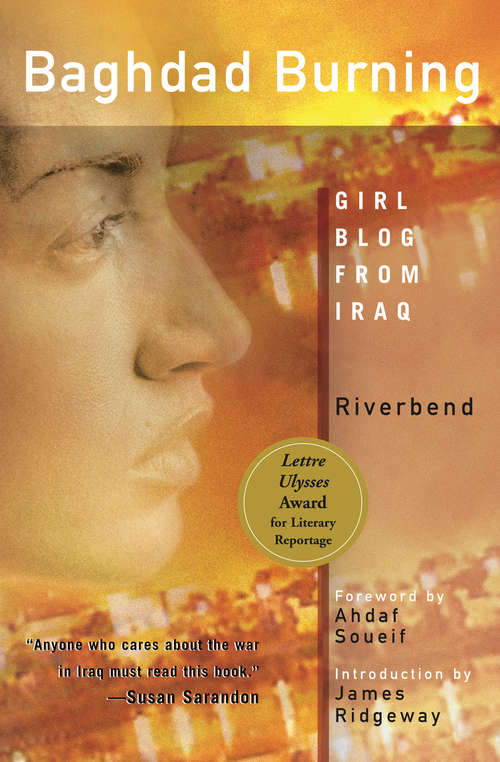 Since the fall of Bagdad, women’s voices have been largely erased, but four months after Saddam Hussein’s statue fell, a 24 year-old woman from Baghdad began blogging. In 2003, a twenty-four-year-old woman from Baghdad began blogging about life in the city under the pseudonym Riverbend. Her passion, honesty, and wry idiomatic English made her work a vital contribution to our understanding of post-war Iraq—and won her a large following. Baghdad Burning is a quotidian chronicle of Riverbend’s life with her family between April 2003 and September of 2004. She describes rolling blackouts, intermittent water access, daily explosions, gas shortages and travel restrictions. She also expresses a strong stance against the interim government, the Bush administration, and Islamic fundamentalists like Al Sadr and his followers. Her book “offers quick takes on events as they occur, from a perspective too often overlooked, ignored or suppressed” (Publishers Weekly). “Riverbend is bright and opinionated, true, but like all voices of dissent worth remembering, she provides an urgent reminder that, whichever governments we struggle under, we are all the same.” —Booklist “Feisty and learned: first-rate reading for any American who suspects that Fox News may not be telling the whole story.” —Kirkus