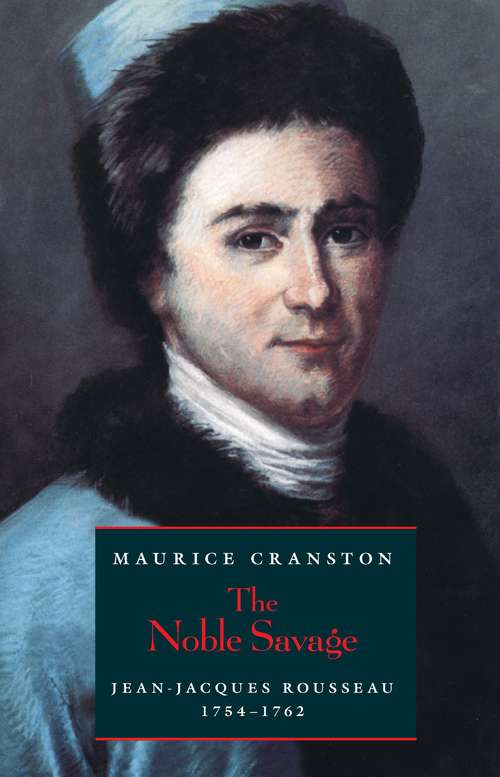 In this second volume of the unparalleled exposition of Rousseau's life and works, Cranston completes and corrects the story told in Rousseau's Confessions, and offers a vivid, entirely new history of his most eventful and productive years.

"Luckily for us, Maurice Cranston's The Noble Savage: Jean-Jacques Rousseau, 1754-1762 has managed to craft a highly detailed account of eight key years of Rousseau's life in such a way that we can both understand and even, on occasion, sympathize."—Olivier Bernier, Wall Street Journal

Maurice Cranston (1920-1993), a distinguished scholar and recipient of the James Tait Black Memorial Prize for his biography of John Locke, was professor of political science at the London School of Economics. His numerous books include The Romantic Movement and Philosophers and Pamphleteers, and translations of Rousseau's The Social Contract and Discourse on the Origins of Inequality.