The Fifth Rule of Ten 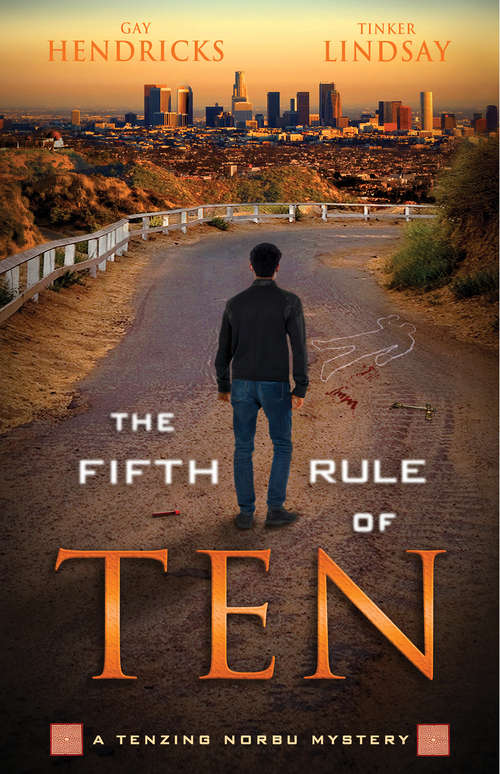 Be mindful, both making and keeping commitments, that they be springboards to liberation, instead of suffering.That’s the Fifth Rule of TenTen and his fiancée, Julie, excitedly await the arrival of Ten’s best friends, Lama Yeshe and Lama Lobsang. Ten’s boyhood friends are now the Head Abbots at Tenzing’s former monastic home in India. Ten has helped Yeshe and Lobsang organize a fundraising event sponsored by the Los Angeles Buddhist temple where Tenzing first taught years ago, before shedding his robes to attend the police academy. The big feature of the event will be the unveiling of a sacred sand-painted mandala that the monks will construct in the center of the temple.At the premiere, however, a group of hooligans commit an outrageous act that catapults the story into action. To complicate matters, one of the novice lamas —a brilliant protégé of Lobsang’s —goes missing. Soon a series of strange crimes beset the city, some physical, some cyber. Each crime is unique, but all are mysteriously interconnected.Ten’s attempts to solve those crimes pull him into a dark mirror-world of his sacred Tibetan Buddhist tradition; soon he is engaged in a life-and-death battle with a powerful shadow presence. He joins forces with Yeshe, Lobsang, his ex-partner, Bill, and his hack-tivist buddy, Mike, to track down the Patient Zero of this epidemic of criminal chaos. Finally, he must face the truth: the source of the evil, and the solution, are a lot closer to home than he first thought.