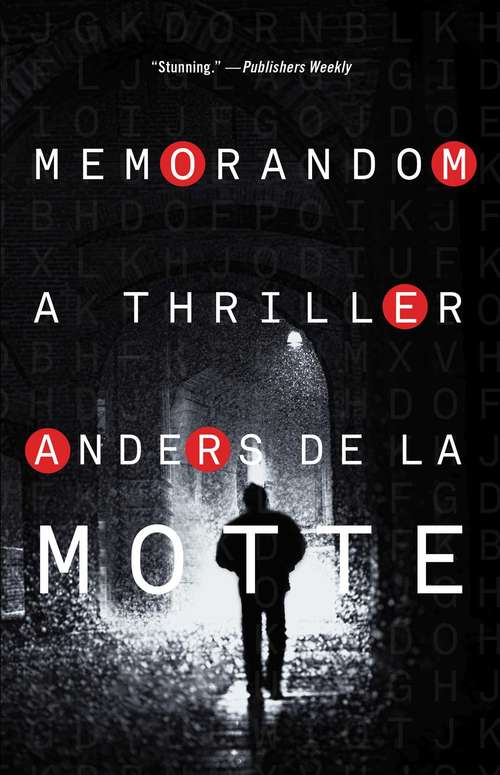 "With the breakneck pace of the trilogy but a more mature narrative command, de la Motte deftly spins out these divergent strands, until the intricate outlines of a deadly spider's web finally become visible--and inescapable."--Publishers Weekly (starred review) In the first of two new action-packed thrillers by the internationally bestselling author of the Game trilogy, MemoRandom takes you deep inside the world of police intelligence--where secrecy, betrayal, and deadly competition reign supreme.David Sarac is a handler at the Intelligence Unit of the Stockholm Police Force, identifying, recruiting, and wrangling anyone who can support the police in their battle against organized crime. And David is very good at what he does: manipulation, bribes, and threats--anything goes, so long as he delivers. Other agents can do nothing but watch jealously as his top-secret, high-level informant, Janus, rockets David to success. But after David suffers a stroke during a high-speed car chase, crashing violently into the wall of a tunnel, he wakes up in a hospital with no memory at all of Janus or the past two years of his life. David only knows that he has to reconnect with Janus to protect himself and his informants before outside forces bring the whole network crashing down. Fortunately, he has his supportive friends and colleagues to help him rebuild his life...or does he? From the award-winning Swedish author who has worked as a police officer and IT security consultant, MemoRandom is a stunning thriller and look inside the secret intelligence community, where you never know who's on your side.