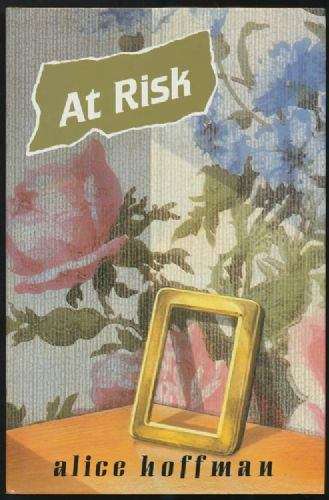 An affecting novel of exquisite delicacy, with humor, warmth, and sensitivity. Miss Hoffman heals wounds with the gentle tenderness of an angel."

In review after review of Alice Hoffman's previous novels, critics have praised her uncanny ability to blend the mythic and the mundane, to conjure up images that are simultaneously beautiful and terrifying. With At Risk she takes a daring step forward to create a story that, while evoking our worst fears, at the same time uplifts our spirits and reminds us of the abiding powers of love.

"You'll be better in the morning," Polly says. It's what she always says when the children

are sick, and they always believe her. But this time Polly is wrong. Just after dusk the rain will begin, but it won't bring any relief. In the morning, the last day of August and hottest on record, Amanda will still be shivering beneath two cotton quilts.

Amanda is an eleven-year-old girl who contracts a disease that no one ever thought would touch the small New England town where her family lives, a disease that throws her parents and brother, their friends and neighbors into a terrible struggle to come to terms with it. As the family confronts its bitter

crisis and the town, whose sense of community has never before been challenged, strives to resolve its conflict, ordinary people are transformed into heroes and heroines of truly magical grace.

At Risk is a story of the indomitability of the human spirit, of dignity in the face of tragedy, of love that triumphs over heartbreak.

"Hoffman writes so simply about human passions that her characters are branded onto one's memory. "