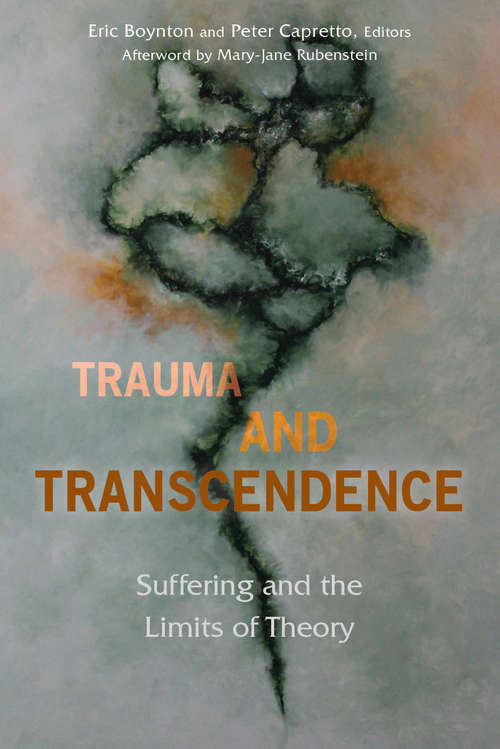 Trauma theory has become a burgeoning site of research in recent decades, often demanding interdisciplinary reflections on trauma as a phenomenon that defies claims of disciplinary ownership. But while this scholarship has always been challenged by the temporal, affective, and corporeal dimensions of traumatic experience, recent debates have revealed scholarly disagreement over whether trauma is ultimately a phenomenon that transcends theory. Although they may be united by the importance of tending to trauma as a personally and philosophically significant concept, not all scholars who invoke the name “trauma” are having the same conversation. The focus of continental philosophers of religion on the aporia may help resolve certain impasses, yet important questions remain: Do structural parallels between experiences of trauma and transcendence justify thinking trauma in terms of phenomenological event? Given the irreducibility of traumatic experience, how might scholars avoid the double-bind of reductionism and obscurantism? This volume gathers scholars in a variety of disciplines to meet the challenge of how to think trauma in light of its burgeoning interdisciplinarity, and often its theoretical splintering. From distinctive disciplinary approaches, the work of philosophers, social theorists, philosophical psychologists, and theologians consider the limits and prospects of theory when thinking trauma and transcendence. Working at the intersections of trauma theory, phenomenology, psychoanalysis, theology, and especially the continental philosophy of religion, this volume draws attention to the increasing challenge of deciding whether trauma’s transcendent, evental, or unassimilable quality is being wielded as a defense of traumatic experience against reductionism, or whether it is promulgated as a form of obscurantism. The collection of the scholars as a whole and the structure of the sections in particular connect the interdisciplinary reader in trauma theory with overlapping but adjacent research on these shared limitations.