The Cambridge History of Ireland 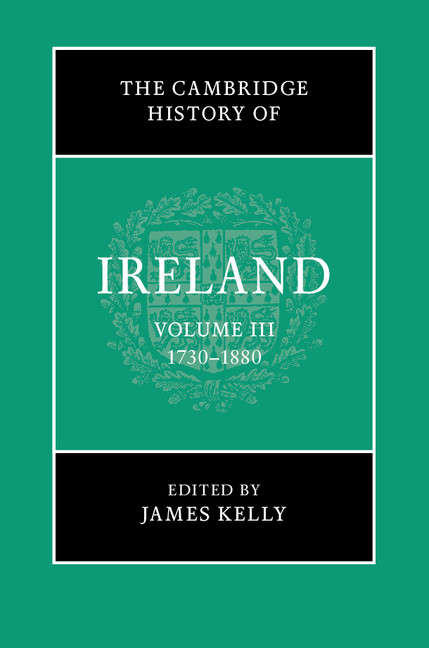 The eighteenth and nineteenth centuries was an era of continuity as well as change. Though properly portrayed as the era of 'Protestant Ascendancy' it embraces two phases - the eighteenth century when that ascendancy was at its peak; and the nineteenth century when the Protestant elite sustained a determined rear-guard defence in the face of the emergence of modern Catholic nationalism. Employing a chronology that is not bound by traditional datelines, this volume moves beyond the familiar political narrative to engage with the economy, society, population, emigration, religion, language, state formation, culture, art and architecture, and the Irish abroad. It provides new and original interpretations of a critical phase in the emergence of a modern Ireland that, while focused firmly on the island and its traditions, moves beyond the nationalist narrative of the twentieth century to provide a history of late early modern Ireland for the twenty-first century.

Offers new perspectives on Ireland during the era of Protestant Ascendancy, a complex phase of historical change, and presents what can be perceived as a necessary 'post-revisionist' narrative of Irish history.

Places the Irish experience in the broader context of late early modern European and global developments, allowing for comparisons and contrasts with other countries to emerge.

Written in an accessible style and supported by full scholarly apparatus and carefully selected maps, tables and illustrations.