The Age of Ruth and Landis 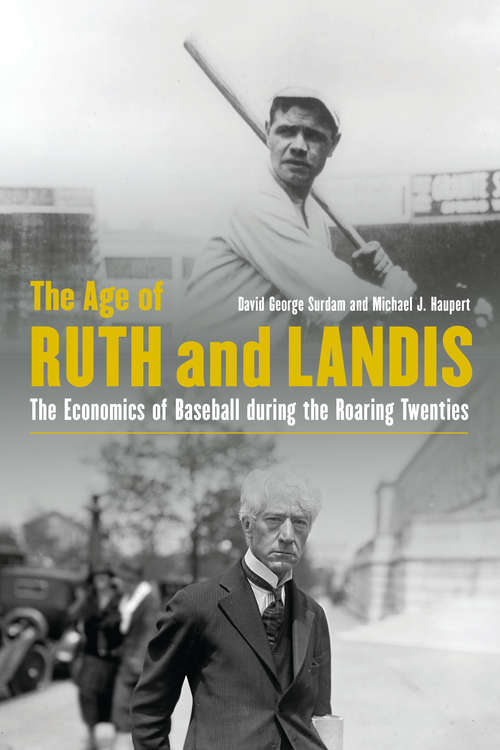 As the 1919 World Series scandal simmered throughout the 1920 season, tight pennant races drove attendance to new peaks and presaged a decade of general prosperity for baseball. Babe Ruth shattered his own home-run record and, buoyed by a booming economy, professional sports enjoyed what sportswriters termed a “Golden Age of Sports.” Throughout the tumultuous 1920s, Major League Baseball remained a mixture of competition and cooperation. Teams could improve by player trades, buying Minor League stars, or signing untried youths. Players and owners had their usual contentious relationship, with owners maintaining considerable control over their players. Owners adjusted the game so that the 1920s witnessed a surge in slugging and a diminution in base stealing, and they provided a better ballpark experience by both improving their stadiums and minimizing disruptions by rowdy fans. However, they hesitated to adapt to new technologies such as radio, electrical lighting, and air travel. The Major Leagues remained an enclave for white people, while African Americans toiled in the newly established Negro Leagues, where salaries and profits were skimpy. By analyzing the economic and financial aspects of Major League Baseball, The Age of Ruth and Landis shows how baseball during the 1920s experienced both strife and prosperity, innovation and conservatism. With figures such as the incomparable Babe Ruth, Kenesaw Mountain Landis, Rogers Hornsby, Ty Cobb, Walter Johnson, Tris Speaker, and Eddie Collins, the decade featured an exciting brand of livelier baseball, new stadiums, and overall stability.