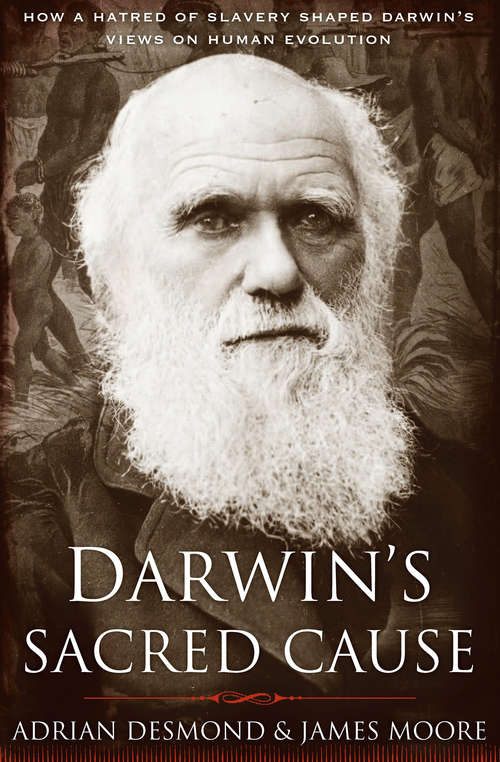 An astonishing new portrait of a scientific iconIn this remarkable book, Adrian Desmond and James Moore restore the missing moral core of Darwin's evolutionary universe, providing a completely new account of how he came to his shattering theories about human origins.There has always been a mystery surrounding Darwin: How did this quiet, respectable gentleman, a pillar of his parish, come to embrace one of the most radical ideas in the history of human thought? It's difficult to overstate just what Darwin was risking in publishing his theory of evolution. So it must have been something very powerful--a moral fire, as Desmond and Moore put it--that propelled him. And that moral fire, they argue, was a passionate hatred of slavery.To make their case, they draw on a wealth of fresh manuscripts, unpublished family correspondence, notebooks, diaries, and even ships' logs. They show how Darwin's abolitionism had deep roots in his mother's family and was reinforced by his voyage on the Beagle as well as by events in America--from the rise of scientific racism at Harvard through the dark days of the Civil War.Leading apologists for slavery in Darwin's time argued that blacks and whites had originated as separate species, with whites created superior. Darwin abhorred such "arrogance." He believed that, far from being separate species, the races belonged to the same human family. Slavery was therefore a "sin," and abolishing it became Darwin's "sacred cause." His theory of evolution gave all the races--blacks and whites, animals and plants--an ancient common ancestor and freed them from creationist shackles. Evolution meant emancipation.In this rich and illuminating work, Desmond and Moore recover Darwin's lost humanitarianism. They argue that only by acknowledging Darwin's Christian abolitionist heritage can we fully understand the development of his groundbreaking ideas. Compulsively readable and utterly persuasive, Darwin's Sacred Cause will revolutionize our view of the great naturalist.